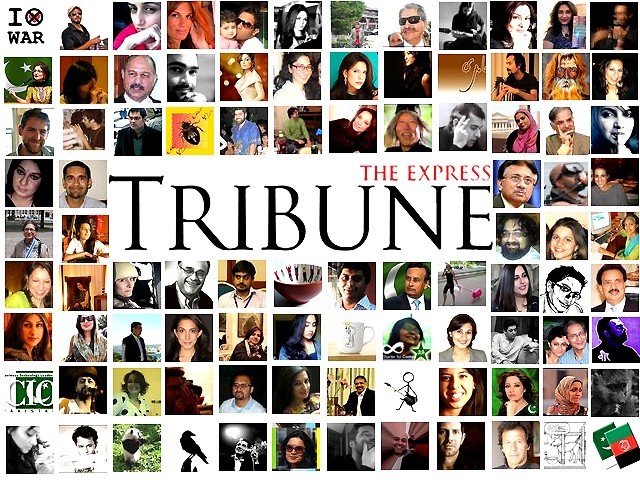 Our selection of the top 140 Pakistan Twitterati worth following for 2011.

The social media landscape in Pakistan has seen phenomenal growth over the last few years, and Twitter has rapidly developed into an alternate medium for news, updates and staying connected with people and personalities you love, hate, or just need to follow because everyone is doing it.

This connected strata of society cannot be ignored, as even in its early days in Pakistan, it has proven to be a potent force/tool in the hands of journalists, media groups, politicians, celebrities, brands, news makers, opinion leaders, bloggers and any individual who has a voice (and a Twitter account) hoping to be heard.

The Express Tribune presents its top 140 Twitterati for 2011 below.

Husain Haqqani (husainhaqqani) Pakistan’s Ambassador to the United States of America and prolific Twitter user who makes time to respond to his thousands of followers.

Pervez Musharraf (PMPakistan) Former President of Pakistan who uses Twitter as an extension of his Facebook page.

Syed Mustafa Kamal (MayorKamal) Terms himself the true representative of the working class of Pakistan. Ex-Mayor of Karachi.

Imran Khan (ImranKhanPTI) Chairman of Pakistan Tehreek-e-Insaf. Updates tend to be an extension of Khan’s political rhetoric and cross-country campaigning.

Meera (The_MeeraJee) Purports to be, the Real Meera. The Real Superstar. The Real Human.

Aisha Linnea (aishalinnea) Neither here nor there. Svägistani. Slackistan star.

Saad Haroon (Saad_Haroon) A comedian! a writer! a performer!

Jemima Khan (Jemima_Khan) Imran Khan’s ex-wife with one eye on Pakistan and one eye on activism.

Sohaib Athar (ReallyVirtual) IT consultant taking a break from the rat-race by hiding in the mountains. Also unlikely celebrity for live-tweeting the Abbottabad raid.

Huma Imtiaz (HumaImtiaz)Washington-based journalist who enjoys cocktails with a dash of sarcasm.

Shaheryar Mirza (mirza9) Karachi-based Express 24/7 journalist who  just wants to get his kicks before the whole ****house goes up in flames.

Fahad Desmukh (desmukh) Activist, writer,revolutionary with a desire to dance.

Naheed Mustafa (NaheedMustafa)  Journalist with a bunch of awards in search of a patron.

Madiha Sattar (MadihaSattar)  Journalist, supposedly in the most dangerous place on Earth.

Cafe Pyala (cpyala)  Anonymous media blog with a mission. Ruminating on Life, the Universe and Everything. But mostly Pakistan and Pakistani media.

George Fulton (GeorgeFulton1)  Writer and broadcaster. Was based in Pakistan for the past nine years, now back in the UK, and much missed by fans of George ka Pakistan.

Tapu Javeri (tapujaveri) A picture is worth a thousand words but twitter is only worth 140. Pakistan’s pre-eminent photographer.

AfPak Channel (afpakchannel) Tweeting analysis of the news about all things AfPak from @newamerica and @FP_Magazine.

Jehan Ara (jehan_ara)  President of the Pakistan Software Houses Association for IT & ITES (P@SHA). IT guru, progressive thinker and activist.

Asma Jahangir (Asma_Jahangir) Human rights lawyer based in Pakistan. She is currently the President of the Supreme Court Bar Association of Pakistan.

Tazeen Javed (tazeen)  Blogger and brainchild behind A Reluctant Mind.

Nabiha Meher Shaikh (NabihaMeher)  Youth corrupter; Hindu-Zionist Western agent whose aim in life is to live in a country as tolerant and prosperous as Pakistan; angry, lesbian feminist.

Ahmer Naqvi (karachikhatmal) Blogger who is the Brian Lara of his generation – a genius but his team usually loses.

Mehreen Kasana (mehreenkasana) An opinionated proselyte of palavers a many; such as feminism, Islam, world politics, philosophy and literature.

Syed Ali Abbas Zaidi (Ali_Abbas_Zaidi ) An aeronautical engineer by books, an activist by mind, a wanderer by soul and a lover by heart. Founder Pakistan Youth Alliance.

Tristram Perry (TristramPerry) US Consulate Lahore. Twitter addict. Each time he tweets, a bishop kicks in a stained-glass window.

Roznama Jawani (JBXN) Fake (authentic) news source which brings you stories that you never knew existed in Pakistan. Local version of The Onion.

Manan Ahmed (sepoy) a historian, a blogger, and a frumious bandersnatch.

NOTE: The above list is only a small window into the rapidly growing Pakistani community on Twitter. It is meant to serve as a starting point for exploration – feel free to alert us of any accounts we should be following/adding to the list in the comments section below, or on Twitter using the hashtag #Trib140.

• Stay in touch with our staffers by following our Tribune staff list.