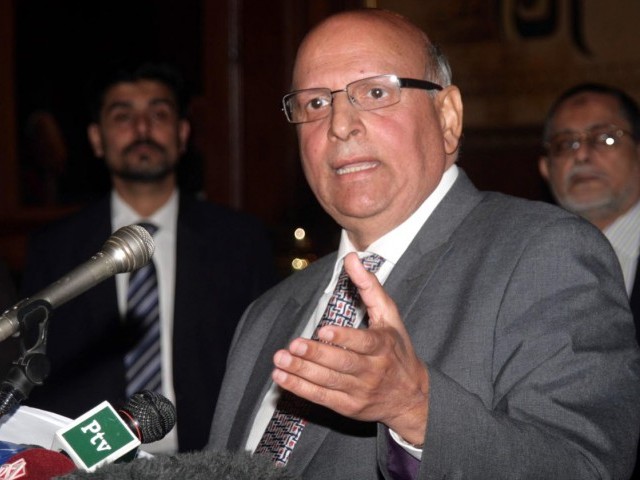 “Pakistan will continue to extend diplomatic support to the people of Indian-occupied Kashmir,” he said during a meeting with Pakistan’s Permanent Representative to the UN Maleeha Lodhi in New York.

Sarwar is in the United States on a week-long visit, according to statement issued on Sunday.

Lodhi briefed the governor on the recent developments in the UN on the issue of the Indian aggression across the Line of Control (LoC).

She also informed him about her meetings with UN representatives and the other diplomats on the matter.

The governor said unprovoked shelling on civilian population by the Indian army across the LoC was a cowardly act of terrorism. He urged the UN and other international institutions to take notice of the Indian aggression.

‘Elimination of poverty, corruption is our top priority’: Sarwar

The governor said Indian Prime Minister Narendra Modi was creating war hysteria in his country for his party’s success in the upcoming general elections.

Sarwar said India was the biggest threat to peace in South Asia and Pakistan was continuing its efforts for peace and the resolution of all outstanding issues through dialogue.

“Our desire for peace should not be deemed as weakness. Pakistan has the will and capacity to defend our soil if challenged by India”, the governor said. “The country’s defence is in strong hands.”

Sarwar said India had become isolated in the global community as its brutalities in Indian-occupied Kashmir had been exposed and the entire world admired Pakistan’s stance on regional peace and stability.