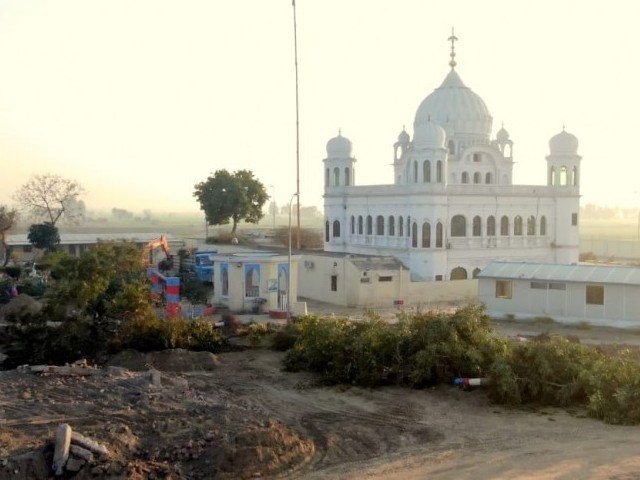 The recent flare-up in tensions between Pakistan and India has again demonstrated the need to not only address the festering problem in Kashmir, but to simultaneously try to resolve our other border disputes, which have been lingering since the partition.

Contentions over the Siachen Glacier and Sir Creek are in fact much easier to resolve, yet sporadic attempts to do so have not been able to succeed. A US-based environmentalist, Saleem Ali, has identified an interesting proposal to deal with the Sir Creek issue using a transboundary ecological approach.

In 2006, president Musharraf and prime minister Manmohan Singh agreed that neutral experts should do a joint survey of the Sir Creek area, which is a precondition to formulating an actual settlement. However, no further progress was made due to Musharraf’s departure from the Presidency and the ascendency of Modi’s aggressive ultranationalist government. Mutual recriminations of abetting separatist groups and terrorist acts on each other’s territories have also not been conducive to settling the Sir Creek dispute.

Sir Creek has been primarily viewed as a maritime, or a strategic issue, but there is growing realisation of its economic value. However, Saleem Ali has rightly argued that the ecological significance of this region, and the growing concerns of climate threats, necessitate reconfiguring this dispute as a unique opportunity for transboundary cooperation.

Both our countries are signatories to the UN Convention on Biological Diversity as well as the Ramsar Convention on the Protection of Wetlands. These conventions mandated Pakistan and India to establish and strengthen transboundary protected areas to enhance the conservation and sustainable use of biological diversity. Yet neither side has tried to undertake such efforts. To date, there is no mechanism for coordinating pollution management, fishing, deforestation, or any other conservation effort between Pakistan and India regarding the Sir Creek area.

Pakistan declared the western side of Sir Creek a Ramsar site back in 2002, but India has not yet done the same on its side of the disputed border. Being a declared Ramsar site in its entirety, the Sir Creek area could grant residents on both sides better economic opportunities. It could help create joint eco-tourism opportunities. It would also provide scientists and conservationists improved access to this area, which is vital for developing comprehensive monitoring mechanisms, and for implementing sustainability measures. A transboundary management approach to Sir Creek would also help address the plight of poor fishermen, who routinely get detained across the border if they drift across the disputed demarcation.

Adopting a transboundary approach to the Sir Creek problem would not really undermine conventional security consideration as it would still allow militaries on both sides to monitor Sir Creek. Saleem Ali, in fact, has suggested that border patrol forces may be given an increased mandate of becoming what the UN system refers to as “green helmets”, tasked with additional duties to monitor local biodiversity and ecosystems. Surely, if our two governments were to agree to such a formula, international donor agencies would be more than happy to provide the funds for such a transboundary area management system.

Given its recent willingness to create pilgrim (Kartarpur and possibly Sharda Peeth) corridors, one hopes that our government would also be willing to pay heed to this innovative ecological approach to address the Sir Creek dispute. This effort could become an important first step towards addressing other transnational ecological disputes between Pakistan and India, and between India and China, which could prove vital for better management of the threatened Himalayan watershed.