Back from the brink of war with India: Key takeaways for Pakistan

Back from the brink of war with India: Key takeaways for Pakistan

We expect too much from friend­s, given the demogr­aphic and socio-psycho­logica­l underp­inning­s of our nation­
By Inam Ul Haque
Published: April 3, 2019
Tweet Email

There are lessons to be learnt from the most recent standoff between India and Pakistan.

At the Indian government level, the theory doing rounds is that Prime Minister Narendra Modi whipped up nationalistic sentiment for political gains ahead of the April 2019 Elections. This is due to his government’s failed economic agenda vis-a-vis the creation of jobs, stabilisation of the economy, and creating higher GDP growth.

This notwithstanding, there is a discernible shift in India under the Modi-led Bharatiya Janata Party towards Hindu nationalism, which is bent upon turning India into a Hindu state and taking on any enemy in line with the fables of the Mahabharata. We need to watch out for this thinly-veiled, religion-based, Hindu-nationalism inspired, Hindutva-centred animosity towards Muslims and other minorities. 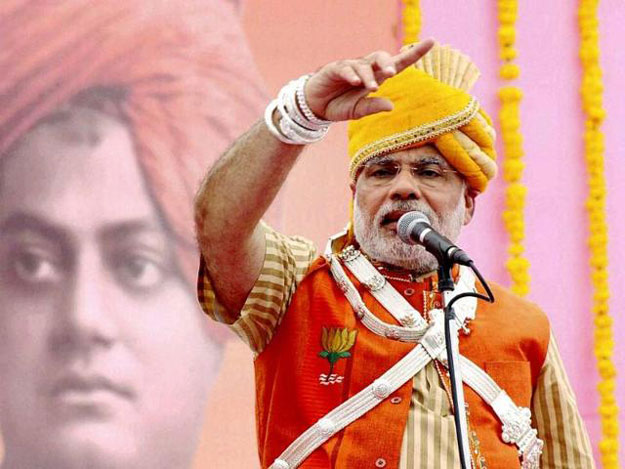 This, if continued unabashed, may ultimately lead to India bursting at its seams. The recent standoff was just a tip of the iceberg. The forthcoming elections would tell if India stays the course or otherwise.

There was a genuine belief in the Indian government that they would be able to browbeat Pakistan into a ‘new normal’. The Indian military was perhaps baying for a fight in their mistaken belief that they could get away with incursions in the air and on the ground without any meaningful retaliation from the Pakistani side.

In their calculations, they had perhaps reckoned with our political divide, media waywardness, ethnic polarisation, and economic weakness as their force multipliers. However, a unified Pakistani national front, across the national spectrum and bridging all fault lines, came to them as a rude shock.

Whereas the Pakistani media, both print and electronic, displayed restraint, maturity and common sense, Indian media was berserk, to say the least. They were driving the narrative and not driven by it.

A March 6 article by Farhad Manjoo in the New York Times noted that there were lies on both sides presented as facts.  However, Indian media far-outpaced their Pakistani counterparts in showing doctored pictures, footage and presenting outright lies with persistent and sometimes boring repetition. Their jingoism and bombast were outside the norms of decent journalism, and saner elements within India — after the nationalistic fervour showed its first signs of ebbing — distanced themselves from the irrationality of the discourse.

However, in the heat of the moment, such noise, as we saw on the Indian TV, suppresses rational voices. With peaceniks publically humiliated and the patriotism of those with different points of view challenged, it was close to impossible for rational discourse to take place. There is, therefore, a real danger of jingoism not only prevailing, but leading to catastrophic results in the future, due to miscalculations and missteps by decision-makers, forced to take popular and not wiser decisions under the tight and unrelenting media spotlight.

In an essay published in March’s Rand Review, titled ‘What the Speed of Life Means for Security and Society’, there is a prediction of the ‘decision space collapsing’ for decision-makers in the future.  We saw a snapshot of it during the crisis. Pulwama thrust itself into the Indian decision-making cycle with real and engineered urgency, making the leaders take untenable positions and decisions and subsequently remaining captive to their rhetoric. The hype turned into a crescendo and face-saving was ultimately left to the outside actors, bruising the bloated pride of the largest democracy in the world. India, which always jealously guarded bilateralism in Kashmir, ultimately gave in to multilateralism. The issue of Kashmir did internationalise as a consequence, and against the wishes of the Indian establishment.

There is, therefore, greater need to keep the media in check during any future crises, as the addiction to breaking news and ratings are no holds barred. Both countries have to find alternative ways to fact-check and talk, as communication breakdowns would have unimaginable consequences.

Social media such as Facebook, Twitter and WhatsApp were filled with a miasma of lies. Discussions were based upon supposition and not facts. Indian fact-checking website Alt News disputed the footage of the Indian jet fighters’ attack on Balakot, shown over all major Indian networks as fake since it was first posted online in 2017. 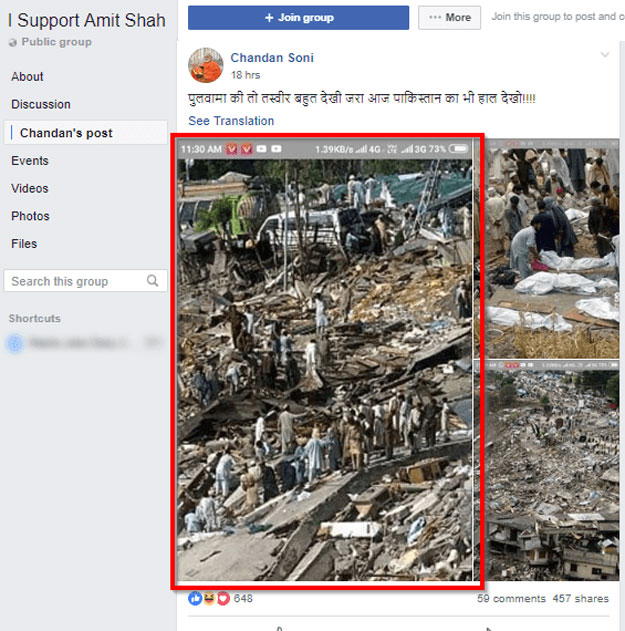 There has to be some mechanism under Saarc to control this insanity in future, as it might imperil real lives, in the real world, in real terms.

Like Pakistan, the Indian scene was burgeoning with mostly three and sometimes four-star retired generals as defence analysts, led by Gen Gagan Deep Bakhshi, who vehemently berated peaceniks and was a loudmouth all over. The sense one got from most of the retired Indian generals was that they all thought that a swift and short conventional conflict was possible under the nuclear overhang. They were mostly putting across Kargil as a case in point. One was surprised at the schooling of the Indian side in geostrategy and operational art, as Kargil was in a different context, in different terrain, under a different international environment, and in a disputed zone with different ends and purposes. If they thought that conflict with and within Pakistan ‘proper’ was possible under the nuclear overhang, one can just sympathise with their geopolitical understanding.

The underlying difference in both sides was, a mature and political-savvy perspective enriching the Pakistani analysis while substituting the same on the Indian side with blindsight, bombast, a degree of naiveté, and lack of maturity that should come with rank, age, and exposure. However, this is a reality that we need to vector-in our security calculus, as veterans on both sides exercise some influence.

During crises, we expect too much from friends, given the demographic and socio-psychological underpinnings of our nation.  From the US 7th Fleet in 1971 to the Ummah and Chinese response in this crisis, the list is long. We need to undertake periodic reality checks.  International relations is a ‘Game of Thrones’ based on cut-and-dried national interests and relevance. Conflicts favour countries that produce and sell arms and fight through proxies. The US would want to tame Pakistan, but not throw it under India altogether. The Chinese would support us materially in a conflict to test their weaponry and bruise and bleed India, but risking overt Indian hostility alongside the US would not be an option with them, even though peace on Indian terms would also not be to their advantage. The Ummah would be supportive, but the ruling elite would have to weigh economic considerations before taking open sides with Pakistan. Every Muslim country does not have Recep Tayyip Erdogan. We need to take lessons from the conflicts of not very remote past, with Libya, Iraq and Syria vanishing as sovereign nations. Military weakness and over-reliance on others is never productive.

In the end, compared to Pakistan, India failed in its exterior manoeuvre to isolate Pakistan diplomatically with the US, Russia, China, Saudi Arabia and UAE among many, endorsing Pakistani peace overtures. India was unable to rally its masses for war as evident from the sizeable anti-war voices within India. India was unsuccessful in inflicting any unbearable economic loss to us. Contrarily, closing Pakistani airspace led to a crisis like situation for Indian aviation. The Indian military lost the air skirmish, paying a heavy price by losing three planes and a pilot as POW, resulting in the reported sacking of Air Marshal C Hari Kumar from the post of Western Air Command. All this was consequent to the Indian sabre-rattling against a much smaller country and air force. With only 10 days of ammunition to fight the war and 68% obsolete equipment, according to a front-page UK Defence Journal Report from April 2, 2018, the Indian military exhibited the traditional South Asian bluster and bravado without much meaning and got bruised in the process, losing prestige even on Indian TV. They might invent another casus belli, and Pakistan needs to be on guard, at least until the Indian elections, and possibly beyond if the BJP keeps power.

The writer, a retired major general, has an interest in International Relations and Political Sociology. These observations are personal and do not represent the opinions of the government or any organisation. He can be reached at tayyarinam@hotmail.com