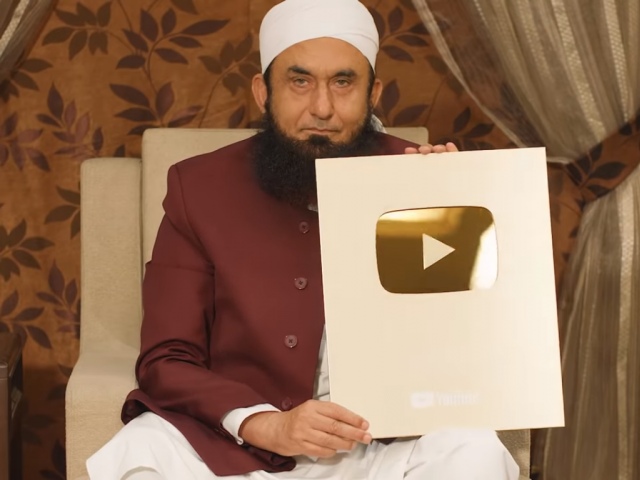 His sermons are not only widely watched on YouTube but also shared. He posts not only the recorded versions but also goes live.

Maulana Tariq Jameel not only took to Twitter to announce but also did the unboxing of the golden button and then continued onto talk about how this is a moment of happiness for him and that he is blessed to have been awarded this prestigious award.

He has also further stated that there are various channels with his name which ultimately get him into controversies but he in no way is linked to each and every one of them and that his only official page is Tariq Jamil Official.

Previously, Pakistani YouTube channels including Kitchen with Amna, Irfan Junejo, Memoona Muslima and P4Pakao which have all surpassed 100,000 subscribers.