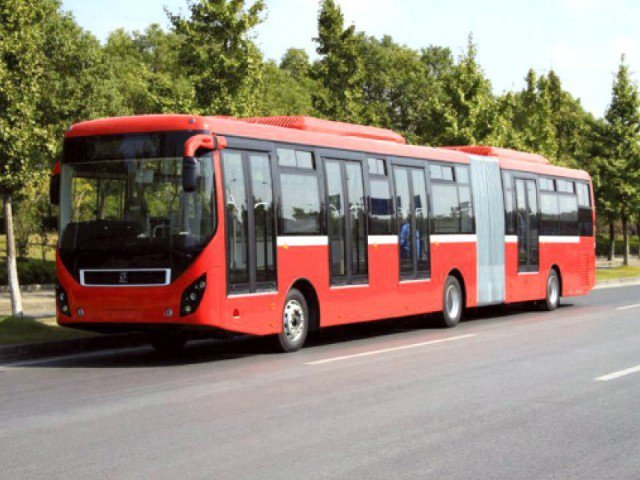 As work continues, some have begun to wonder whether the scheme is causing more problems than solutions and if in the end it would be worth it all. PHOTO: EXPRESS

PESHAWAR: The Peshawar Bus Rapid Transit (BRT) project was announced with the intention to relieve residents from many of their day-to-day traffic woes. But as work continues, some have begun to wonder whether the scheme is causing more problems than solutions and if in the end it would be worth it all.

Minister for Local Government Shahram Khan Tarakai told The Express Tribune that the Peshawar BRT is a gift for the city and the province, which is why it was inaugurated on Pakistan Day.

The minister noted that the project was started by the last Pakistan Tehreek-e-Insaf provincial government, which was led by then-chief minister Pervez Khattak, who is now the defence minister.

He further said that after taking charge as the local government minister, he has been monitoring BRT-related work and is quite satisfied with it.

When asked about the extensive delays in the BRT’s opening, he said that although the project was delayed for more than two years, while admitting that Khattak had said it would be completed in six months, he explained that changes in the design, a court stay order, and some NAB cases had an effect on the project.

He added that the sewerage system has been completely changed in the city, while gas pipelines and electricity pylons and lines were also replaced, which took additional time.

Tarakai said that drivers for the BRT had already been trained and that 20 buses will be on the root of BRT on 23rd March, adding that modern system including cameras and other modern gadgets will be installed in all station of BRT to provide more facilities to the passengers travel in BRT.

He also claimed that the related link road widening project will also be completed by June.

He added that because of heavy traffic caused by the rapidly growing population of Peshawar, the government is also working to develop Ring Road and Northern Bypass Road at an estimated cost of over Rs10 billion, for which donor agencies will be approached soon.

He said that some political parties highlight problems in the BRT project, but in the near future, it will benefit everyone, including those who are currently opposing it.

Pakistan Muslim League Nawaz (PML-N) Khyber-Pakhtunkhwa President Ameer Muqam said that the BRT project was started by the PTI government from a stated cost of Rs30 billion, which has now ballooned to Rs80 billion.

“What was the sin of the poor people of Peshawar? Every day, people in Peshawar are getting stuck on roads for more than four hours stuck while the sick and elderly are also facing problems because of the BRT,” Muqam added.

He added that the NAB report on BRT and the decision of the Peshawar High Court are already on record and claimed that former chief justice of Pakistan Saqib Nisar stopped the inquiry to favour PTI chairman Imran Khan. 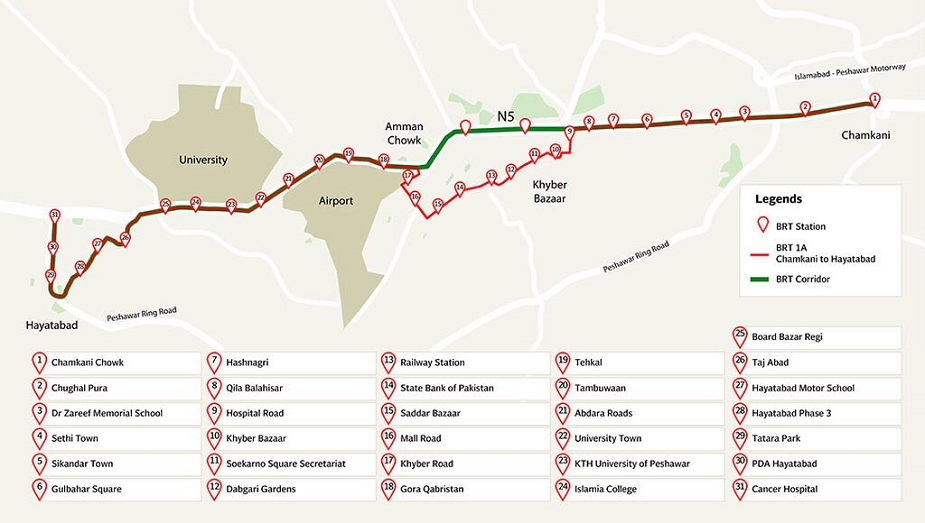 He added that an independent inquiry should be conducted into BRT, claiming that the PTI government just started it “to collect their personal commissions”.

Awami National Party Provincial General Secretary and Member Provincial Assembly Sardar Hussain Babak said the whole city of Peshawar was in ruin because of the BRT project. He added that billions of rupees were spent just for a bus line. “For this much money, they could have built more roads and changed the city,” he said.

He accused the government of handing over the project to incompetent engineers and repeatedly changing the design, which increased the suffering of Peshawar residents.

He said that as a member of the provincial assembly, he always raised his voice against the BRT project, but he could do nothing because the PTI government had initiated it only to collect commissions.

Babak said that 60-foot roads were now just 12-feet wide, giving the example of Khyber Road, which is used by more than 70,000 vehicles every day, and added that the roadwork has also affected the Pak-Afghan trade route.

Jamaat-e-Islami Member Provincial Assembly and former local government minister Inayatullah Khan said that the project was first discussed when he was still a minister and that he raised questions during the cabinet meeting before protesting against it.

“The questions I raised from [then-CM] Pervez Khattak are now proven. The project is still incomplete and has only increased the miseries of the people,” he said.

He added soon they will soon move a motion in the provincial assembly against the BRT, adding that all political parties were on the same page as common citizens who were affected by the project.

Pakistan People’s Party Information Secretary Senator Robina Khalid said that the ill-planned BRT project not only affected people’s daily lives but also their businesses, as many people in Peshawar their business were badly affected.

She further said that the main problem of Peshawar was the sewerage system, but nothing has been done to improve it, and the recent rains show that the situation has gotten even worse.

Pakistan Muslim League-Nawaz leader Arbab Khizar Hayat said that because of the BRT, most people on University Road were badly affected, adding that when the project started, the number of dengue cases increased significantly in areas near the BRT and where dumping was taking place.