The chief execut­ive of the provin­ce is the CM and not the govern­or, says Wahab
By Press Release
Published: March 31, 2019
Tweet Email 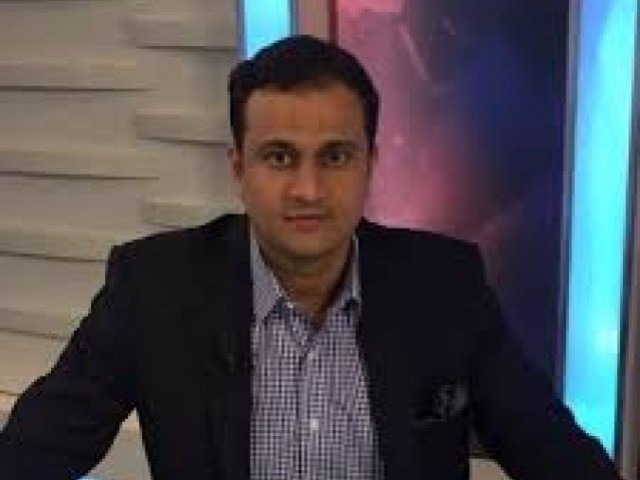 KARACHI: Adviser to Sindh Chief Minister on Information and Archives, Law, and Anti-Corruption Barrister Murtaza Wahab said on Saturday that the formation of Karachi Transformation Committee by the prime minister was an unconstitutional step. In accordance with the Constitution, all the executive matters of the province would be looked after by the provincial government alone, he added while addressing a press conference.

Wahab shared that CM Syed Murad Ali Shah was not invited to any of the recent events attended by the PM. Probably because, he claimed, the CM raises questions about outstanding dues, the supremacy of the Constitution, National Finance Commission (NFC) Award and the rights over gas and electricity.

The adviser said that only the officials of Karachi Metropolitan Corporation (KMC) attended the event of Pakistan Tehreek-e-Insaf (PTI) at Bagh Ibn-e-Qasim. He said that the Sindh government had not only announced the Karachi package but also implemented the same in letter and spirit. Renovation of Cantt Station and roads around its surroundings, revamping of Sharae Faisal, construction of underpasses and overhead bridges, revamping of University Road and Tariq Road were few of the examples of the development work carried out under the Karachi package, he added.

Wahab said that the Sindh CM demanded 650 millions of gallons per day (MGD) water for Karachi in the meeting of Council of Common Interest (CCI) but to no avail, even after the federal minister for water and power admitted in the National Assembly the stealing of Sindh’s share of water.

He said that PM Imran Khan should have mercy on the nation and stop taking U-turns every day. The PM should stop deviating from the promises he made during his election campaign, said Wahab. The PM promised to build five million homes, but not even 50 had been built so far. Similarly, the promise to provide jobs to millions had also not been fulfilled and even after the passage of eight months, not a single person had been awarded government job.

Wahab further said that the structure of the Green Line Project was also in doldrums and added that seven months had passed since the PM promised its completion. What the people of Pakistan had been given instead during the last eight months of the PTI rule was the price hike of every single utility, he said and added that the PM had once again fooled the people of Sindh through glorified dreams. Same was done by Sindh governor when he made promises to the people of Tharpakar, he said.

The adviser said that the people of Pakistan had their only hope in PPP Chairperson Bilawal Bhutto Zardari. He said that the recent train march was meant to inform the people how the federal government was not giving them their due rights.

He said that people welcomed Bilawal wherever he stopped and added that more people would have come to listen to the PPP leader in Punjab if appropriate security was provided.

He said that Bhutto family had faced fake cases bravely in the past and they would do the same this time too. He added that same relief should also be provided to other prisoners as has been given to the former Prime Minister Nawaz Sharif by the apex court. He also demanded that the federal government should not take charge of the health facilities of Sindh as the Sindh government was more than capable of running these facilities.