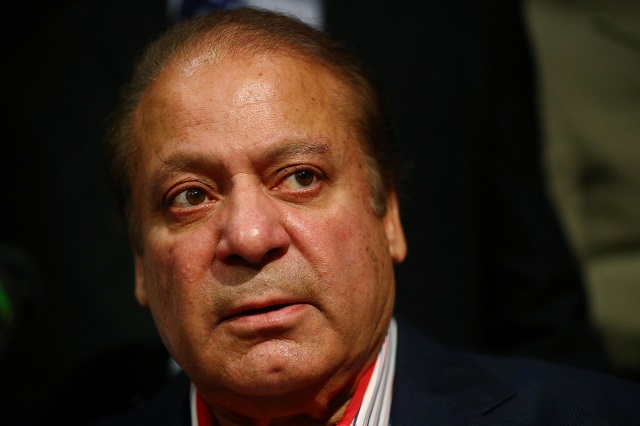 ISLAMABAD: The National Accountability Bureau (NAB) on Monday requested the Supreme Court of Pakistan to reject the bail plea of former prime minister Nawaz Sharif as such bail could be granted only in extraordinary circumstances.

The anti-corruption watchdog in its reply adopted stance that there is no such disease in the medical reports of the former premier which states Sharif’s life is in danger.

According to details, the NAB submitted its reply pertaining to the bail plea in which it was stated the Pakistan Muslim League-Nawaz (PML-N) supremo’s surgery was not recommended by any medical board and hence the case does not come under hardship.

It termed Sharif’s doctor’s report as self-prepared and not credible, claiming further that he  wanted to build a case of threat to his life in order to move out of the country even though he is being given all possible treatment facilities in the country.

NAB also argued if granted bail, Sharif will move out of the court’s jurisdiction who is currently serving jail in a corruption reference.

“No final results were reached in the medical report and neither does any of the recommendations point to a disease which could be a threat to the former prime minister’s life. On the matter of Sharif or any accused being granted bail on the basis of medical history, NAB said the SC had outlined its principles.

According to the apex court’s decision, bail can only be given under extraordinary circumstances while the high court had rejected the bail after examining all angles.

Meanwhile, special security arrangements will be carried out in the SC today (Tuesday) during hearing of Sharif’s bail plea. Only the petitioners and related persons will be allowed to enter the top court and admission of the persons visiting for special purposes will be based on special passes.

Those who want to visit the top court must contact the ASP security SC. Lawyers and journalist coming to the court as usual will be exempted from passes while taking mobile phones into the court will not be allowed.

Sharif submitted additional documents in the case pertaining to suspension of sentence in the Al-Azizia reference in the top court.

On Monday evening, the letter of Dr Lawrence was submitted in the court. The letter has been written to the personal doctor of Sharif, Dr Adnan which includes his medical history from the time period of 2003 till 2019. Sharif’s lawyer Khawaja Haris submitted the letter in the apex court.

The Islamabad High Court had rejected a petition seeking release of former prime minister Nawaz Sharif on bail on medical grounds in the Al-Azizia corruption case.

The 9-page detailed order notes that Sharif sought his release on bail “solely” on medical grounds. It points out that the former premier had previously filed a second petition seeking suspension of his sentence and release on bail on merits of the case, but subsequently withdrew the same.

While observing that the court has the jurisdiction to suspend a sentence or to release a prisoner on bail (whether under trial or convicted) under Article 199 of the Constitution, the order says: “However, such jurisdiction is to be exercised sparingly, in extraordinary circumstances and in cases of extreme hardship.”

Talking about whether Sharif’s condition could be termed as an “extraordinary situation and one of extreme hardship”, the bench referred to a number of cases, including that of PPP leader Sharjeel Memon, whose bail plea on medical grounds was refused.