KARACHI  : How often do you log in to your Facebook, Instagram or Twitter and wonder if the rest of the world seems happier than you? According to research, you are far from being alone.

The United Nations’ World Happiness Report 2019, which was released on March 20, ranked 156 countries by how happy their citizens perceive themselves to be, and a section of the report explored the effects of digital media on people’s well-being.

Previous studies have also shown that young people – particularly girls – who spend five or more hours per day on social media are three times more likely to be depressed than non-users. Akin to that, heavy internet users tend to be twice as likely to be unhappy.

Per the report, activities outside of the internet, such as face-to-face social interaction, sleeping, and attending religious services are linked to more happiness.

As against that, activities related to smartphones and digital media tend to be linked to less happiness.

Although Pakistan showed consistent improvement on the World Happiness Index by jumping eight spots and reaching the 67th position this year, when it comes to increased internet usage among young people, the scenario could become quite similar to that of the United States in future.

According to a report released by We are Social and Hootsuite, the number of active social media users – mostly comprising young people –in Pakistan grew by 5.7% as of January 2019.

Sharing her experience on the matter, Alia Aziz, a former schoolteacher and mother of a teenage boy, said that although social media and the internet have their plus sides, her boy hardly interacts with the family.

“My husband and I made sure to give our children everything that they wanted and because of peer pressure, we got them the best smartphones,” Aziz said.

“My boy Fahad (15), however, keeps his face buried in his phone when we are having dinner and before going to bed, which really bothers me. Sometimes, I sense that he is a bit upset but he prefers to use his phone instead of talking to me,” she said.

The World Happiness Report pointed out that digital media activities may both, directly and indirectly, have an impact on people’s well-being through the phenomenon of upward social comparison – a situation wherein people feel that their lives are inferior compared to the glamorous “highlight reels” of others’ social media pages. 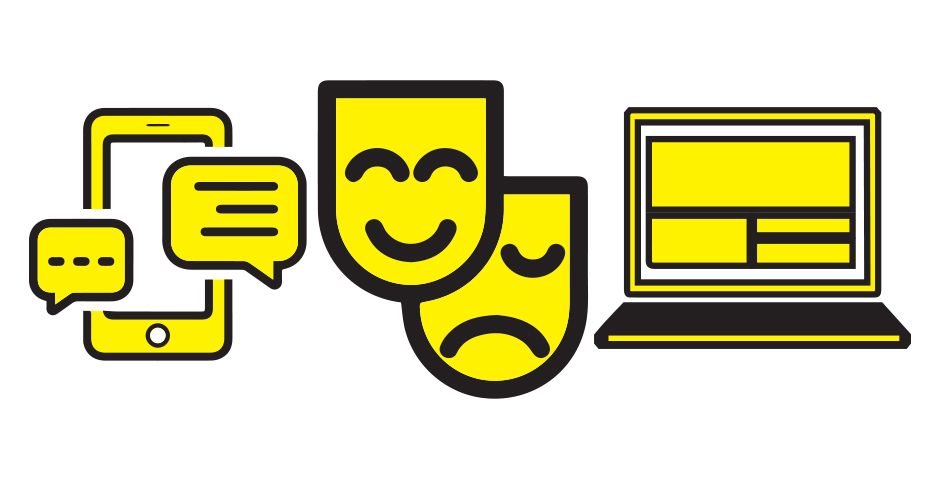 This seems to be the case with Faiza – a 21-year-old student studying at the Institute of Business Administration who liked to be identified with her first name only. Talking to The Express Tribune, she said that she recently uninstalled social media apps from her phone because they were adversely affecting her mental health.

“I have been suffering from polycystic ovary syndrome (PCOS) because of which I have a lot of facial hair. Seeing beautiful, well-groomed women and girls on Instagram all the time made me feel inferior to others, which made me really depressed,” Faiza shared.

Although uninstalling social media apps didn’t help her overcome depression, it helped her focus on other constructive activities.

“Instead of spending time on Facebook, I go out for a walk in the park or play Ludo with my mother. It makes me forget that I have excessive facial hair.”

Another aspect of digital media – particularly social media – is cyber bullying which, according to various studies, is a significant risk factor for depression.

Similarly, decreased face-to-face interaction and the inability to engage in real-life activities may have direct links to unhappiness by displacing time once spent on more beneficial activities.

“In my experience with young students, I have observed that prolonged social media use decreases quality time spent with family and healthy physical activities,” explained Awaisha Inayat, educational psychologist and visiting faculty at the University of Karachi.

She added that young people love to spend more time with their peers on social media which results in unhealthy comparisons and competition among themselves over physique, grades, likes, relationships and affairs.

“Constant comparison pushes them to get caught up in a loop of sadness and grief, and in some cases, identity crisis. These feelings can lead to depression,” Inayat said.

While there might be a link between excessive social media use and depression, the need and presence of digital media in people’s life these days cannot be underestimated either.

“Personally, I feel that statics have been exaggerated. Digital media is a treasure trove of knowledge and, if used in the right way, it can be really beneficial,” Prof Dr Shahida Kazi, former chairperson of KU’s department of mass communication told The Express Tribune.

“If young people are not interacting with their loved ones, it’s because parents don’t take interest in youngsters’ lives anymore either,” she said.

“My father used to sit and talk with us and would play chess with us. Nowadays, how many parents would do that for their children? She questioned.

Speaking of unhealthy comparisons engendered by social media, Dr Kazi said that these things existed before too but individuals were not constantly made aware of what others were doing.

“It’s just about how much time you spend on the internet. If that is controlled, then social media is a great thing,” she concluded.

Maryam says not being allowed to meet Sharif