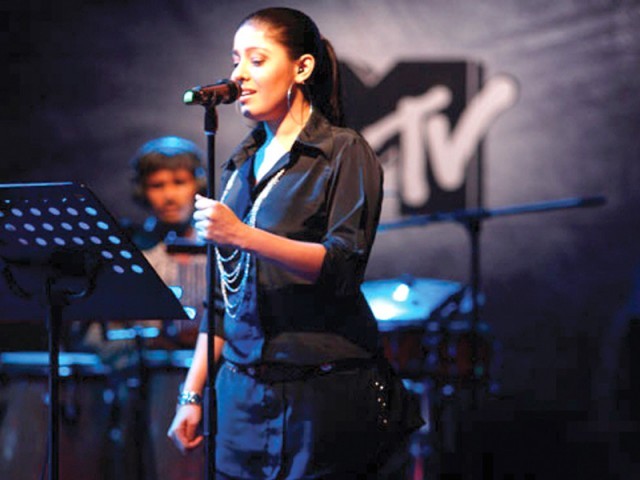 After “Coke Studio’s” phenomenal success in Pakistan, India has decided to have its very own version of the show. The much-awaited “Coke Studio @ MTV” made its debut on June 17, and, surprisingly, it was much better than expected. The sound that producer Leslie Lewis has created is similar to what his Pakistani counterpart across the border, Rohail Hyatt, has been producing since 2008. Yet “Coke Studio” in India takes the cake because of the use of indigenous instruments and well-synchronised melodies. The Indian show featured many of the country’s talented folk artists. However, the musicians sent a clear message with the first episode: Bollywood is their music and they do not want to move beyond it.

Sabri brothers and the talented KK performed a rendition of the famous qawaali originally sung by Pakistani Qawwal Aziz Nazan. The song can potentially sound like a Pakistani song, but it has a very original feel due to the absence of vocal tuners. The number featured interesting work on the bass guitar, followed by a unique mix of qawaali and rock music. 8/10

“Yaar Basainda”, a collaboration of Punjabi sufi folk and Carnatic music, which originates from the southern part of India, was sung by Tochi Raina and Mathangi Rajshekhar. The elements of rock incorporated in the number gave it a very progressive sound. Even though Raina has the tendency to sing slightly off tune, he is a welcome change in Indian commercial music and in fact he can be an ideal rock music vocalist. Mathangi also did a fabulous job with some of her lower notes. Pakistani listeners will especially be enthralled by Carnatic music in the song. 9/10

Musam Gogoi and Shankar Mahadevan: ‘Tip Top’ and ‘Me Dolkar’

“Tip Top” is an Assamese Bihu folk song about a man expressing  love for a woman and “Me Dolkar” is another Koli folk tune, commonly sung by the fishermen in Mahrashtra.  These two folk numbers, originating from different regions, are sung by Shankar Mahadevan and Mausam Gogoi. The Assamese melody has a very catchy tune and the transitions within the song featured excellent flute playing. However, the song would have been even better had Mahadevan been utilised more. (7/10)

This ancient boatman tune originates from Bengal. It inspired the song “O Majhie Re” composed by SD Burman for the film Khushboo. The song has a very tropical feel to it and the flutes used, remind one of Shafqat Amanat Ali’s “Ye Hosla”. The flutes and percussions were amazing but redundant repetition made the song a bit of a drag. (7/10)

A 400-year-old kalam originally composed by Sultan Bahu, a Sufi saint who belonged to the Awan tribe, has been sung by his followers across Pakistan for centuries. Harshdeep Kaur displays her vocal brilliance, but the overall song sounds like a number performed at a singing competition or at karaoke. The sound of this tune is mundane and for Pakistani music listeners the alaaps are bound to become annoying after some time. (6/10)

Originally an Assamese folk tune, this famous song was composed by Salil Chaudary for the 1958 hit movie Madhumati and was sung by Lata Mangeshkar and Manna De. Sunidhi Chouhan and Bondo collaborated to give the song a new flavour. Even though folk music is incorporated in the song, it cannot overpower the Bollywood melody. However, the brilliant work on the traditional percussive instruments saves this piece. (7/10)

The number has a brilliant melody and has been sung in a very refreshing way. Yet all the effort goes in vain because of the poor use of instruments; even Kher’s powerful vocals can’t save it. (6/10)