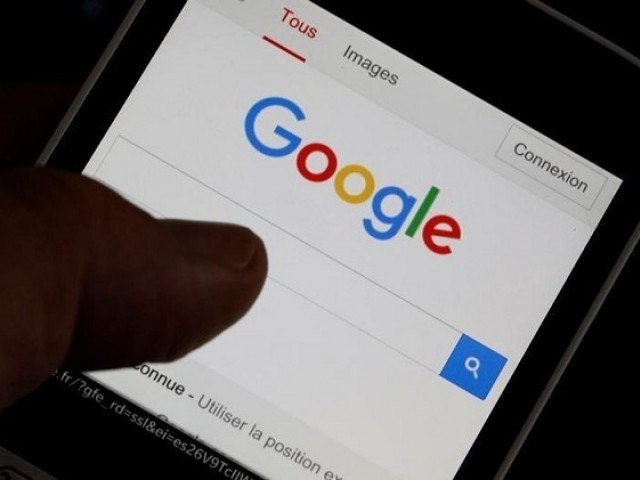 A man holds his smartphone which displays the Google home page, in this picture illustration taken in Bordeaux, Southwestern France, August 22, 2016. PHOTO: REUTERS

“Today the commission has fined Google 1.49 billion euros ($1.69 billion) for illegal misuse of its dominant position in the market for the brokering of online search adverts,” EU Competition Commissioner Margrethe Vestager said.

Google to charge Android device makers up to ‘$40 per device’

The original complainant in the decade long case was Microsoft, but the US software giant later pulled out of the case.

The fine brings Google’s total tab with the EU to 8.2 billion euros in less than two years.

In July 2018, the US giant was ordered to pay a record 4.34 billion euros for abusing the dominant position of Android, its smartphone operating system, to help assure the supremacy of its search engine.

A year earlier it slapped Google with a fine of 2.42 billion euros for abusing its dominant position by favouring its “Google Shopping” price comparison service in search results.

Google has appealed both decisions to the European Court of Justice in Luxembourg.