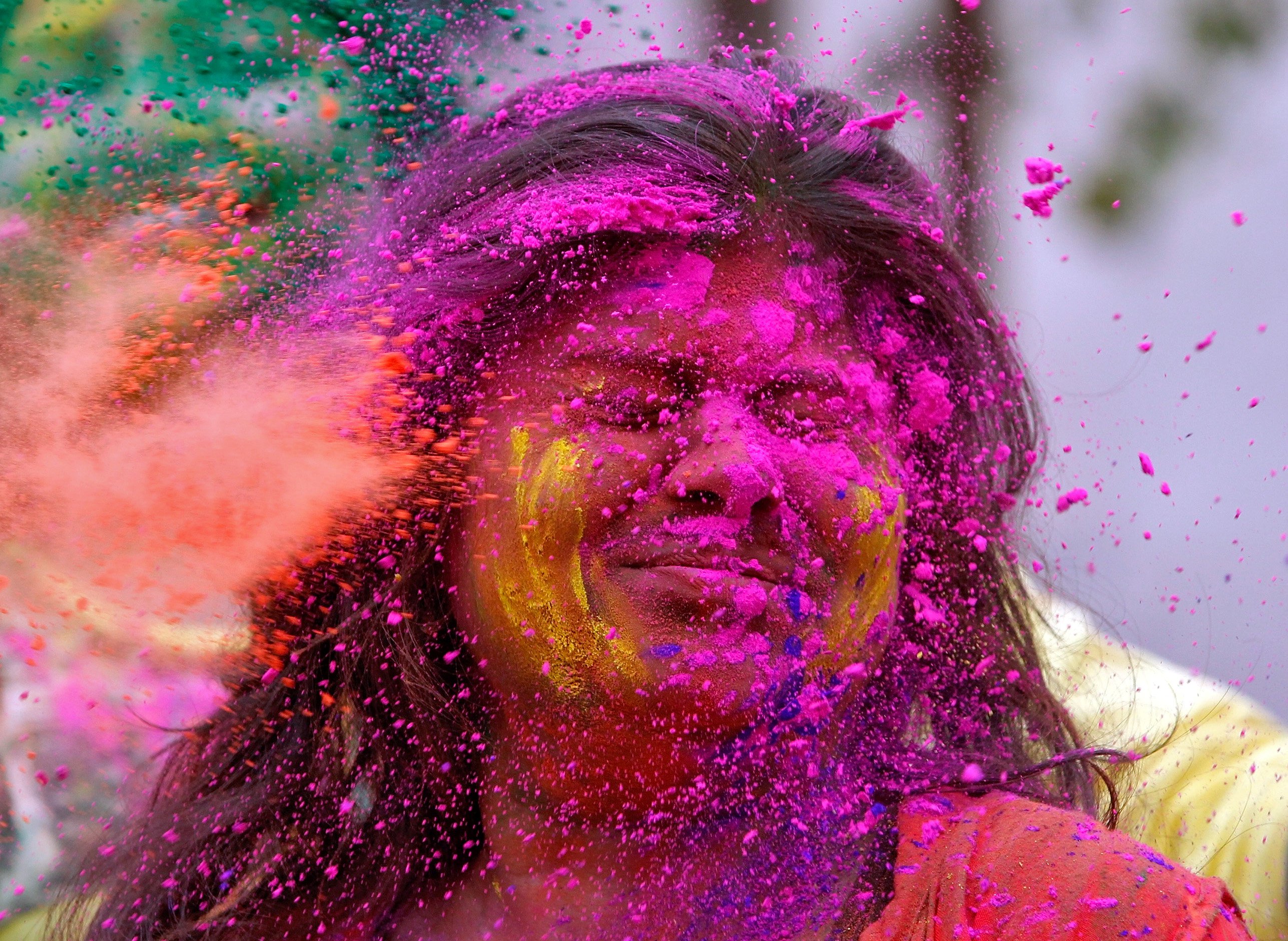 A college student reacts as coloured powder is thrown into her face, Agartala, India. PHOTO: REUTERS

Prime Minister Imran Khan has once again set an example on how to be inclusive and show respect to other religions.

The premier took to Twitter and wished the Hindu community on the festival of Holi.

Wishing our Hindu community a very happy and peaceful Holi, the festival of colours.

The Foreign Office (FO) also sent out their best wishes, with Spokesperson Mohammad Faisal sending out a tweet on the occasion.

A very happy and peaceful #Holi, the festival of colours, to all those who celebrate it.

Happy Holi to all my Hindu brothers & sisters. On the happy occasion of Holi, let us spread the wonderful massage of peace and happiness. pic.twitter.com/4Gg8blgjJX

Holi is a Hindu spring festival, originating from the Indian subcontinent, which was celebrated predominantly in India and Nepal, but has now spread across other areas of Asia and parts of the Western world.

The festival is a celebration of the end of winter and the start of spring. Often also known as the ‘festival of colours’ or ‘festival of love’, celebrations start on the evening of the Purnima [full moon] that comes in the Hindu calendar month of ‘Phalguna,’ which is between the end of February and the middle of March.

The festival is split in two events that take place over two days.

The night before is the Holika Dahan [burning of demon holika], in which people wear new clothes, gather around a bonfire and celebrate the victory of good over evil.

The next day is known as Rangwali Holi, in which everyone gathers for the ‘party of colours’.

They celebrate by throwing coloured powder on each other along with music and dance.

The Hindu religious festival of Holi has now become popular amongst non-Hindus as well. In many parts of South Asia and in the West, people enjoy the idea of a colour party and joyfully take part in the celebrations.