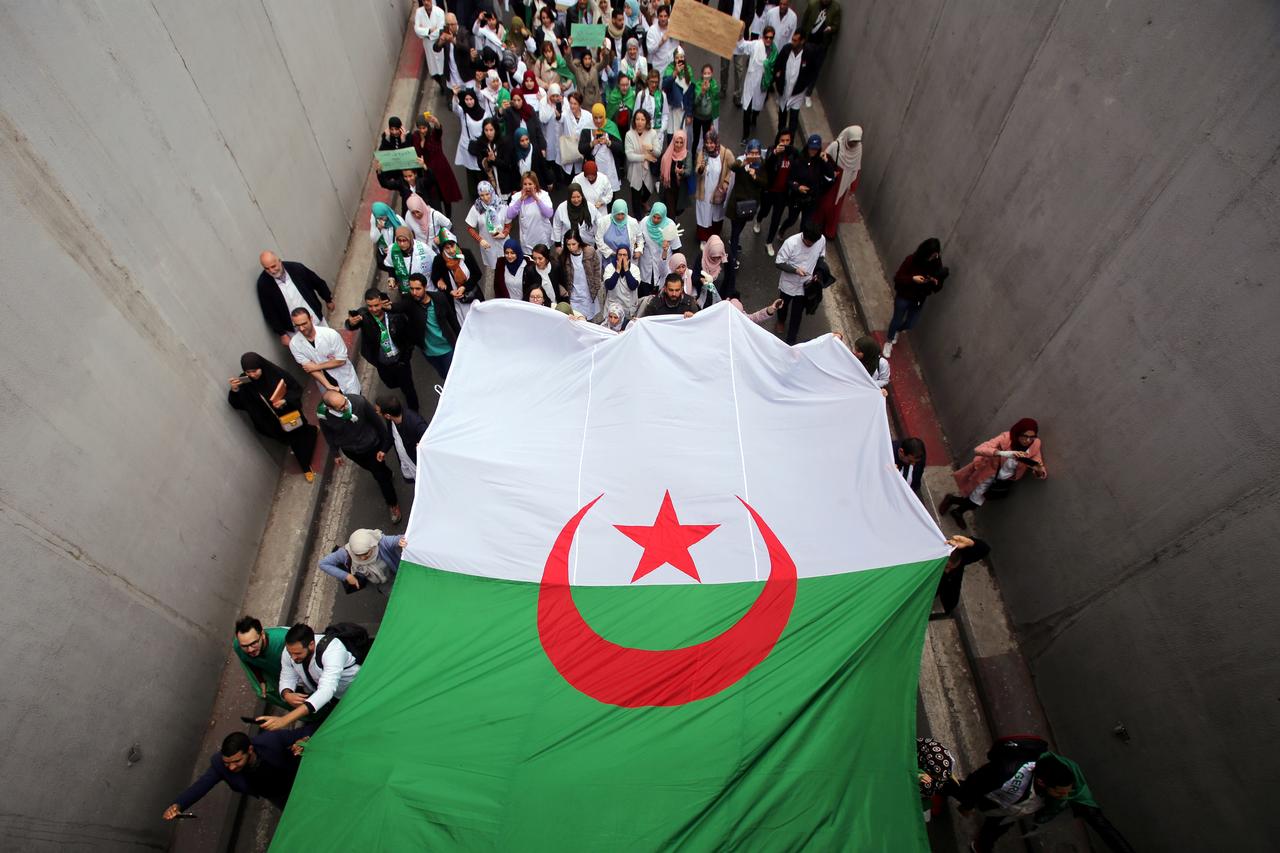 PHOTO: REUTERS
ALGIERS: Thousands of students, university professors and health workers rallied in Algiers on Tuesday calling for President Abdelaziz Bouteflika to quit, and a new group headed by activists and opposition figures told the army not to interfere.

In the first direct public message to the generals from leaders emerging from nearly a month of mass protests against Bouteflika, the National Coordination for Change said the military should “play its constitutional role without interfering in the people’s choice”.


Bouteflika, who has ruled for 20 years, bowed to the protesters last week by announcing he would not stand for another term. But he stopped short of stepping down and said he would stay in office until a new constitution is adopted, effectively extending his present term.

His moves have done nothing to halt demonstrations, which peaked on Friday with hundreds of thousands of protesters on the streets of Algiers and have continued into this week.

“We will not stop our pressure until he (Bouteflika) goes,” said student Ali Adjimi, 23. “The people want you to leave”, read a banner. Others shouted “the people and the army are one.”

The 82-year-old president has rarely been seen in public since suffering a stroke in 2013, and protesters say he is too old and frail to rule.

“We are fed up with this system. It must disappear forever,” said Djilali Bahi, a doctor at Tuesday’s demonstration.

So far, soldiers have stayed in their barracks during the protests. But on Monday, Chief of Staff Lieutenant-General Ahmed Gaed Salah hinted at a more active role, saying the army should take responsibility for finding a quick solution to the crisis.


Generals have traditionally wielded power behind the scenes in Algeria but have publicly intervened during pivotal moments, including cancelling an election in the early 1990s that Islamists were poised to win, triggering a decade of civil war.

The protest leaders issued their statement titled “Platform of Change” late on Monday, demanding Bouteflika step down when his term ends on April 28 and the government resign immediately.

“We belong to the people so we are against extending Bouteflika’s fourth term,” said Mohamed Yousfi, head of one of the doctors unions.

Foreign Minister Sergei Lavrov said Russia, long a close military ally of Algeria, was concerned by the protests: “We see attempts to destabilize the situation, and speak out against any interference in this process,” he said.

Lamamra defended the government’s reform proposals. Bouteflika has agreed to hand over power to an elected president, and the opposition will be allowed to take part in the cabinet that will oversee elections, he said at a joint press conference with Lavrov.


Protesters have been calling for a generation of new leaders to replace a ruling elite dominated by the military, businessmen and veterans of the 1954-1962 independence war against France.

Algerians are also resentful of Bouteflika’s powerful brother Said, one of his advisers.


The president has named his long-time friend, veteran Algerian diplomat Lakhdar Brahimi, to chair a conference that he promised will lead to a new political landscape.

“The Algerian people will not accept any approach that will tend to extend the current system, whether from the “brother” entourage or the “friend”,” said the protest leaders.

Algerian authorities have long been adept at manipulating a weak and disorganized opposition. But the mass demonstrations have emboldened well-known figures to lead the reform drive.

Zoubida Assoul, leader of a small political party, is the only woman in the group so far.

“Bouteflika just trampled on the constitution after he decided to extend his fourth term,” said the National Coordination for Change.

With memories of the 1990s civil war which cost an estimated 200,000 lives, many Algerians have long prioritized stability.

Bouteflika survived the 2011 “Arab Spring” that toppled other Arab leaders. But with the economy souring and the youth less fearful of change, he has struggled to placate Algerians.

“A free and democratic Algeria,” doctors chanted at the demonstrations. 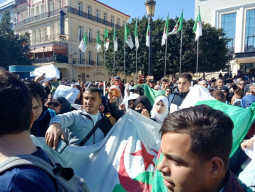 Algeria's Bouteflika warns against 'chaos' ahead of protests 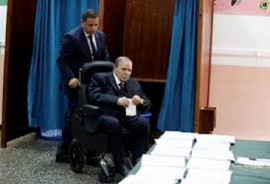 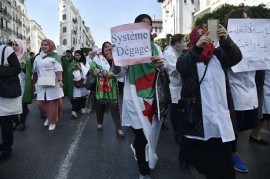