Area falls under the manage­ment of the Estate Office, which has no inform­ation regard­ing the move
By Amir Khan
Published: March 18, 2019
Tweet Email 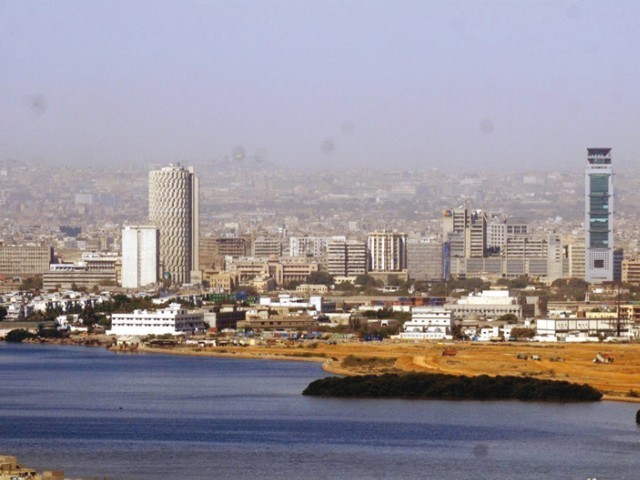 KARACHI: As a city becomes overcrowded, it often witnesses an exponential increase in urban encroachment. This is particularly true in the case of Karachi and has prompted the Pakistan Public Works Department (PWD) to devise an anti-encroachment strategy which will be carried out soon.

There is a hitch, however – in its eagerness to clear out illegally occupied land, the PWD has seemingly forgotten to inform the Estate Office of its decision.

Under the strategy it has finalised, PWD will launch an operation in federal residential colonies where relatives of retired and late government employees reside in government quarters, a senior department official told The Express Tribune. The department will also take action against illegally-constructed houses and apartments, the illegal use of land for commercial purposes and other types of encroachments, said PWD Executive Engineer Nadeem Sheikh.

Providing details, he said the PWD plans to first remove illegal settlements along high-tension electric lines in Karachi’s Federal Capital Area. Then, it will clear out illegal occupiers who are using government-owned land for commercial purposes. Finally, in the third phase, PWD will deal with the kin of retired or deceased government employees who are occupying government-owned houses.

The operation will be carried out by the Sindh government in collaboration with the district administration, Karachi Metropolitan Cooperation (KMC), the Karachi Development Authority’s (KDA) anti-encroachment cell and local governments.

In preparation for the first phase, PWD and Liaquatabad assistant commissioner have already issued an immediate evacuation warning to the D-type residents of the Federal Capital Area. The area, however, falls under the management of the Estate Office, which has no information regarding the move.

A case related to the evacuation of the quarters in the said area is currently pending with the Supreme Court. Sindh Governor Imran Ismail, on the directives of PM Imran Khan, has formed a committee with the task to come up with recommendations regarding the matter.

The Estate Office, the federal committee and top officials have expressed their lack of knowledge over PWD’s abrupt action. The move has also spread fear and panic among the residents of the Federal Capital Area, who have appealed to the prime minister and the Chief Justice of Pakistan to take immediate notice of the matter.

PWD’s Nadeem Sheikh, however, insisted that the strategy has been formulated in accordance with judicial orders against ongoing encroachments in areas surrounding K-Electric’s high-tension lines.

“Those who have been involved in encroachment activities in the said area have been directed to evacuate the plots with immediate effect. Encroachers have been warned that failure to comply will result in the demolition of their illegal settlements through an operation,” he said.

Sheikh also said that people who reside on the ground floors of the old D-type quarters of the Federal Capital Area (Liaquatabad No 4, intersection) will be required to evacuate the houses. The anti-car lifting cell constructed in the said area will also be affected.

“Some of these quarters have been illegally occupied by police officials, so action will be indiscriminately taken against everyone involved in land encroachment,” he said.

Apart from the Federal Capital Area, an evacuation operation will also be conducted in all federal colonies including, Martin Quarters, Clinton Quarters and Pakistan Quarters. The Estate office, Sindh government, district administration, local governments and law enforcement agencies will extend their full cooperation to make the operation successful.

Speaking on the matter, Additional Estate Officer Karachi, Niaz Lakho, told The Express Tribune that the case of federal government colonies lies with the Supreme Court, therefore, the Estate Office is currently not taking any action to evacuate these quarters.

“The Estate Office has nothing to do with the new anti-encroachment operation, as neither the PWD issued us any notice per the law nor was any officer informed of the decision on an individual basis,” Lakho said. “The Estate Office is, therefore, not authorised to evacuate the federal quarters.”

Lakho also said that the matter will be resolved through policies approved under the order of the Supreme Court and the federal government.

Kept in the dark

The Express Tribune also reached out to the deputy commissioner of District Central, Farhan Ghani, who said that no operation was being undertaken to reclaim government residential quarters in FC Area. However, action against encroachments will be taken upon the orders of the court.

“All residential and commercial encroachments built around government quarters in FC area will be cleared up and district authorities will carry out a joint action in this regard,” Ghani explained, adding that he is not aware of any action taken by the assistant commissioner of Liquatabad.

According to Jamal Siddiqui, member of the standing committee set up by Sindh Governor, per the instructions of the prime minister, the federal government has not issued any directions to the Estate Office, Public Works Department, or any other institution to carry out an operation in government-built residential colonies as the matter is pending with the court.

He also reiterated that his department did not receive any information regarding the actions of PWD, adding that the federal government will chalk out a strategy to resolve the issue in light of court orders.

When approached for a comment, Liaquatabad Assistant Commissioner Fahim Khan said that the illegal settlements around high-tension electric lines in Federal Capital Area will be cleared up through the support of PWD and other departments. “The action is being undertaken upon the request of federal institutions as well as court orders. So far, however, no action has been taken to clear up government-owned residential quarters,” Khan said.

On the other hand, committee head for the Federal Capital Area residential colony Syed Nadeem Nasir said the crackdown against encroachments should be made in light of laws. “The federal government is working to resolve the issue confronting the residents of the government quarters. It is beyond understanding why PWD and district authorities were given a go-ahead to get some government quarters in FC Area evacuated without the approval of the Estate Office,” Nasir said. “We will protest if any operation is carried out in violation of the law.”

Nasir also said that PWD had put banners with warnings against commercial structures and encroachments around the flats situated on the ground floor, and added that he has appealed to PM Imran Khan as well as the CJP to save the residents living in all government colonies – including those living in Federal Capital Area – from going homeless.

According to staff at the assistant commissioner’s office, half of all quarters and flats belonging to the federal government are currently held by illegal occupants. The Estate Office tried to carry out an operation against these residential colonies some months ago but after strong public backlash and orders of the Sindh Governor, the operation was halted and a committee was set up by the federal government to look into the matter.

Fahimullah Khan, member of the committee for Pakistan Quarters, told The Express Tribune that PTI MPA Jamal Siddiqui is in contact with the residents of Pakistan Quarters and has assured them that the federal government will resolve the issue through negotiation.
Commenting on the issue, MQM-Pakistan’s Sindh Assembly member, Kunwar Naveed Jamil, said that he has discussed the matter with the federal government.

“The federal government will not render anyone homeless. We will raise the matter before the prime minister again if PWD or the Estate Office tries to throw out anyone,” Jamil said.

What’s in a game? A devoted coach has high hopes for football in Pakistan