As testim­ony emerge of epic herois­m and harrow­ing suffer­ing in the gun attack­
By AFP
Published: March 17, 2019
Tweet Email 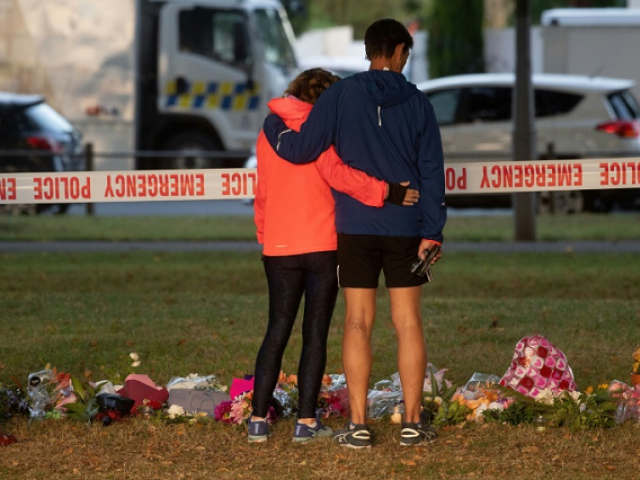 Large crowds in Christchurch, many carrying bouquets of flowers, headed to memorials Sunday to share messages of love to the victims and their families. PHOTO: AFP

CHRISTCHURCH, NEW ZEALAND: New Zealanders flocked to memorial sites to lay flowers and mourn the victims of the twin mosque massacres on Sunday, as testimony emerged of epic heroism and harrowing suffering in the gun attack that has claimed 50 lives.

Police Commissioner Mike Bush said officers had finally been able to share a list of victims with families, something delayed by the need for careful police work and the sheer scale of the tragedy.

For almost three days forensics teams, many flown in from across New Zealand, have been working through multiple crime scenes – at the Al Noor and Linwood mosques as well as a house in Dunedin, the southeastern city where the suspected gunman, Brenton Tarrant, lived. 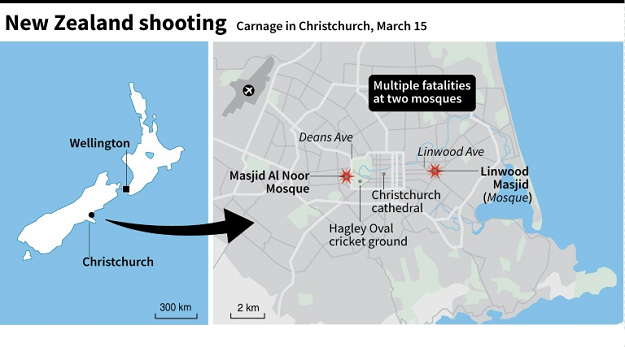 Bodies of those gunned down by the white supremacist had remained inside the mosque awaiting autopsies and identification by increasingly distraught family members desperate to begin Muslim burial rites.

Already, excavators have begun work in a city graveyard to remove the vast amount of earth needed to bury so many dead.

Once identification is complete the names will be made public, Bush said. But already, the stories of victims from across the Muslim world came into focus.

Among those fighting for their lives is four-year-old Alin Alsati. The pre-schooler was praying alongside her father Waseeim at the Al Noor mosque when she was shot at least three times.

She has been airlifted to Starship children’s hospital in Auckland, the country’s top paediatric centre.

Her father, who was also shot, recently emigrated to New Zealand from Jordan and had just set up a barbershop – Wass Barber – in the suburb of Richmond.

“Please pray for me and my daughter,” he pleaded in a Facebook video message from his hospital bed before receiving surgery to get shrapnel and bone out of his hip socket.

Amid the sadness, there have also been tales of heroes such as Alabi Lateef and a fellow worshipper, who followed the 28-year-old Australian gunman to his car and used a discarded rifle to smash the vehicle’s back window.

The pair’s actions may have helped saved further casualties, as Tarrant was apprehended by two armed police officers soon after.

Daoud Nabi an Afghan man thought to be in his 60s or 70s, reportedly ran into the line of fire to save fellow worshippers at the Al Noor mosque and died shielding someone else from a bullet.

“He jumped in the firing line to save somebody else’s life and he has passed away,” his son Omar told AFP.

Around Christchurch, New Zealand and the world there have been vigils, prayers, memorials and messages of solidarity.

“We stand together with our Muslim brothers & sisters” were the words on a large-red banner above a sea of flowers at one of the sites in what one resident dubbed the “city of sorrow”.

At Christchurch’s “Cardboard Cathedral” – built after the 2011 earthquakes that still scar this close-knit city – Dean Lawrence Kimberley held a service to stand “in solidarity with the Muslim community.”

“We learned during the earthquakes that in times of trial it is good to reach out to each other. It is time to do this again,” he told the congregation.

In Auckland, tearful residents of all ethnicities stood arm-in-arm outside the Umar Mosque to pay their respects.

Across the Tasmin Sea, Australians shocked that such an atrocity in their sister nation could be perpetrated by one of their own, vowed to provide any help they can.

In Sydney, a silver fern – the symbol of New Zealand – was projected onto the side of the world famous Opera House. 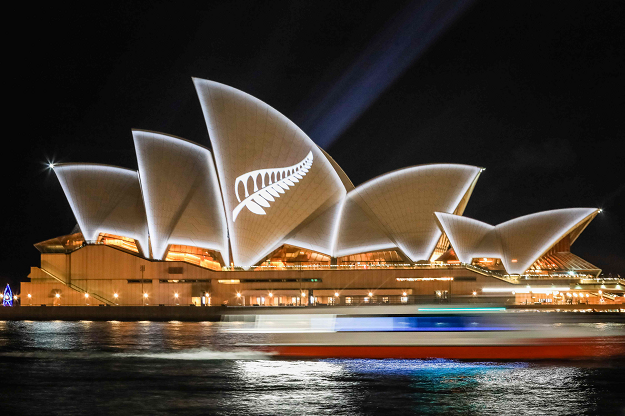 This hand out picture taken by Salty Dingo and released by the New South Wales (NSW) Government on March 17, 2019 shows the sails of the Sydney Opera House seen lit with the design of New Zealand’s silver fern organised by the NSW government in a show of solidarity with victims of the Christchurch mosque attacks, in Sydney. PHOTO: AFP

On Saturday, Tarrant appeared in a Christchurch court to face the first of what is expected to be a host of murder charges. 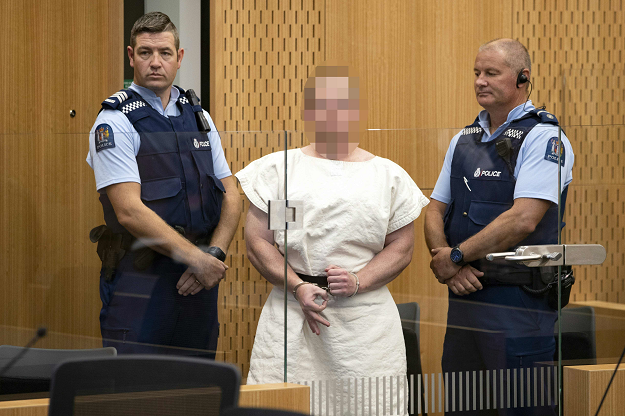 He did not request bail and was remanded in custody until an April 5 court appearance.

Another man arrested on Friday will appear in court on Monday on charges that are “tangential” to the attacks, though he was not believed to be involved in the shootings, police told reporters on Sunday.

The mosque attacks have shaken this usually peaceful country, which prides itself on welcoming refugees fleeing violence or persecution.

Prime Minister Jacinda Ardern has vowed to change the country’s gun laws and to uncover how a noted extremist legally purchased two semi-automatic weapons, reportedly AR-15s, two shotguns and a lever-action gun without drawing the attention of the authorities. 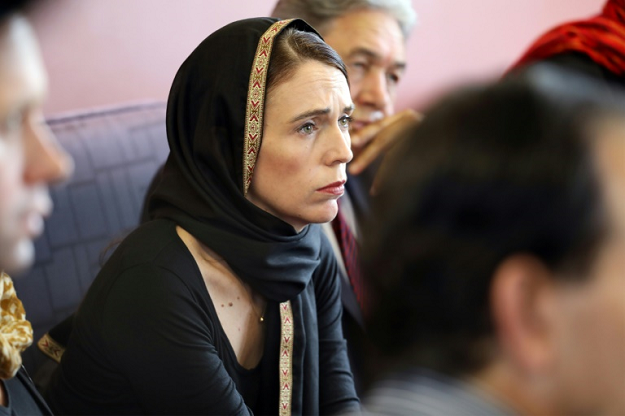 The suspect documented his radicalisation and two years of preparations in a lengthy, meandering and conspiracy-filled far-right “manifesto”.

And it has emerged that multiple warning signs were there, from a former soldier who raised concerns about extremism at Tarrant’s gun club in Dunedin to warning emails sent to the prime minister’s office that were not seen until after the attack.