The Agham Kot dilemma - is Sindh’s apathy erasing its history?

The Agham Kot dilemma - is Sindh’s apathy erasing its history? 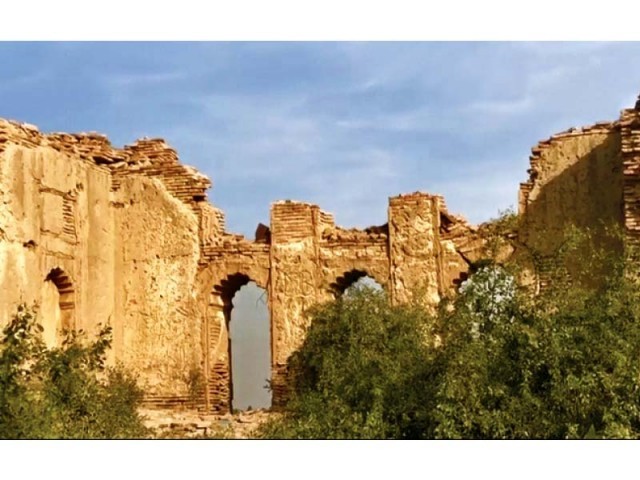 The historical edifices found in the ruins of Agham Kot make an interesting subject for history students but the place is disappearing because of the lack of attention and facilities. PHOTOS: EXPRESS

BADIN: In the course of its millennia-long history, Sindh has been both cradle of civilisation and gateway to the Sub-Continent at large. With remains that correspond to the different periods of time – from pre-history to the more recent epochs that are associated with some of the grandest civilisations of the world – for many historians and archaeologists, the province rivals Egypt or Greece in terms of historical richness.

However, decades of neglect and carelessness mean that many historical sites in Sindh have not only crumbled into obscurity but may one day fade from existence altogether.

Such is the case with Agham Kot or Aghamano, a lesser-known but historically invaluable site that is a textbook case of official disinterest. 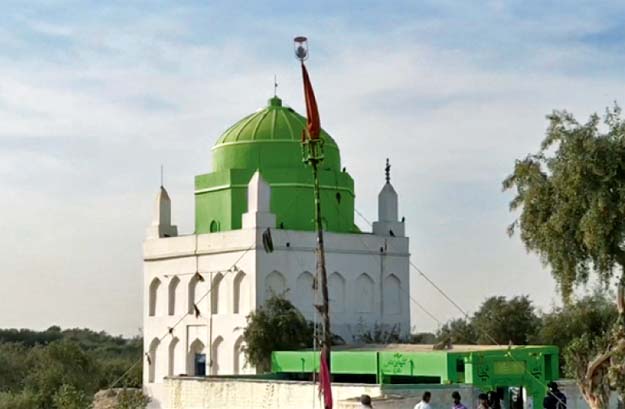 Situated some two kilometres away from Badin district’s Gulab Leghari town, Agham Kot was once a melting pot for cultures and religious traditions from lands both east and west of Sindh. In particular, the remains at Agham Kot present a snapshot of Sindh’s transition from pre-Islamic and post-Islamic eras.

It is believed that the Indus River used to flow next to the city at one point, making it a vital trade and economic hub for southern Sindh.  Spread over 200 acres of fertile land, the city was said to be a part of the ancient Brahmanabad province of Sindh before Islam arrived in the region.

At the time, it was governed by Raja Agham Lohano, who lent Agham Kot its name. The town was later conquered by Moqah bin Wasaya, who is said to have invited Muhammad bin Qasim in order to reinforce his rule when the latter carried out his expedition in Sindh.

Muhammad bin Qasim, it is believed, ordered the construction of mosques during his short stay in Agham Kot, developing the city into a hub for both indigenous and Islamic cultures.

Muhammad bin Qasim’s stay also turned Agham Kot into a centre of education and literature for the Muslim populace of the area.  At around the same time, Makhdoom Muhammad Ismail Soomro established a madrassah in the city which fostered Islamic education and research. Historians say that at a time, more than 500 students used to study at Soomro’s madrassah.

In the 1790s, Agham Kot was attacked by a man named Madad Ali Afghan and during his siege, the city was completely burned down, leaving behind the ruins of destruction.  Nonetheless, the archaeological remains of Agham Kot continued to exude grace and exquisite beauty, attracting visitors from across the globe.

However, the sheer negligence of Sindh’s archaeological department wreaked havoc on the site which not only resulted in increased wear and tear but also led to a decline in tourism. To top it off, locals in the area are illegally occupying Agham Kot’s land, shrinking the historical city from 200 acres to merely 70 acres.

Shedding light on the gravity of the situation, social activist Abdul Ghaffar Sarewal told The Express Tribune that Agham Kot was a prominent city in Sindh and people from all over the province used to visit it. In fact, precious and rare items extracted from the debris of Agham Kot are still displayed at various museums across the country.

“Agham Kot not only represents the assimilation of two civilisations but the city is also known for spreading Islam in southern Sindh through its madrassas,” explained local history researcher Sauleh Noorani.

Similarly, Raza Akash, a student of history shared that the historical edifices found in the ruins of Agham Kot make an interesting subject for history students but the place is disappearing because of the lack of attention and facilities. “The government must take serious measure to preserve Agham Kot because it represents the rich heritage of Sindh,” Akash added.

Cultures must preserve their crafts

“Proper facilities will not only enable local and foreign tourists to visit the site but will also attract history buffs and institutions from across the globe to come here and carry out archaeological research.” Apart from Sarewal, Noorani and Akash, several other people who talked to The Express Tribune demanded Sindh’s archaeological department to take immediate steps for the restoration of the Agham Kot. They also asked the relevant authorities to retrieve the 130 acres of land that locals have illegally occupied.

Moreover, they asked the authorities to employ genuine methods to reconstruct the site because the current mode of construction does not comply with internationally-accepted standards.

According to historians, Raja Agham Lohano had ordered the construction of a 20-foot-wide wall around the fort which was composed of brick, ashes and limestone, and plastered with mudstones. The original edifices were damaged during Madad’s attack. The remaining relics were further ruined by a storm that hit the region in 1999, leaving a very small portion of the outer wall. The structures – mosques and madrassahs – built after the arrival of Muhammad bin Qasim, however, turned out to be comparatively sturdier. As a result, post-Islamic structures, which include two mosques, madrassas, and Islamic cemeteries, can still be seen at the site.

Sea Watch – a new police unit to patrol the seaside