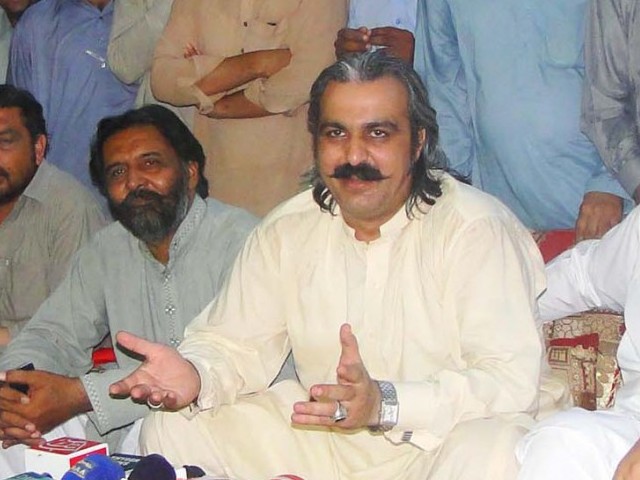 ISLAMABAD: Federal Minister for Kashmir Affairs and Gilgit-Baltistan (G-B) Ali Amin Khan Gandapur has said that provision of basic life facilities to the people of the entire country was his government’s top most priority.

He emphasised that his government was focusing on those development projects which would have direct positive impact on the lives of the general public. He said this while chairing a high-level meeting regarding the federal government’s Public Sector Development Programme (PSDP) plan of the next financial year for Azad Jammu and Kashmir (AJK).

The minister also reviewed the overall development portfolio of AJK, with the meeting finalising the projects for AJK that would be included in next year’s PSDP.

The minister said that the project for rehabilitation of affected population along the Line of Control (LoC), worth Rs5 billion, would be given top priority in next year’s programme. He added that protection and provision of basic health and educational facilities to people residing on the LoC was his government’s primary duty.

“All efforts would be made to facilitate the people residing on the LoC, who have been proving the first line of defence of AJK and Pakistan against any Indian aggression,” he said. Gandapur highlighted that proposed project would include the development of safety bunkers, emergency health units, access roads, and provision of electricity to localities along LoC.

Minister calls for inquiry into rights violations in IOK

He informed the meeting that a comprehensive programme regarding provision of missing educational and health facilities in AJK is also being included in PSPD, adding that it would have a far-reaching impact on those living in AJK.

Underlining the importance of tourism sector for the development of AJK, the federal minister said that AJK and G-B have a very special position in Prime Minister Imran Khan’s vision for developing tourism in the country. He added that the government will include the much-aspired 200-kilometre long tourism corridor project in PSDP of next year. “The development of this corridor would usher a new era of development in the tourism sector of AJK,” he added.

Gandapur asserted that the development of this project would go a long way in attracting foreign investment in tourism sector of AJK. He expressed confidence that the corridor would not only prove helpful in alleviating poverty in AJK but would also lead to economic stability and prosperity.

He directed to design this project in such a manner that it could connect all important tourist sites located in AJK, hence becoming a part of the master plan to develop tourism in the country.