The pilot was lauded on agreei­ng to return to the airpor­t after takeof­f
By News Desk
Published: March 12, 2019
Tweet Email 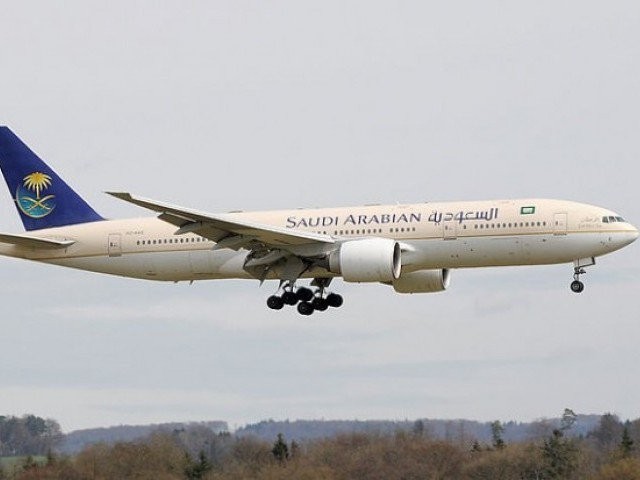 The pilot was lauded on agreeing to return to the airport after takeoff .PHOTO: FILE

A Saudi airlines aircraft turned around and returned back to the airport after taking off from Jeddah after a passenger forgot her baby at the airport, Gulf News reported on Monday.

After the Kuala Lumpur bound flight took off, the Saudi mother informed the cabin crew that she had forgotten her baby at the boarding area of the terminal of the airport.

A video went viral on social media showing the pilot requesting permission to head back to the airport, while talking to ATC operators – who were surprised at the unusual request and tried to figure out the protocol to be observed in such a case.

“May God be with us. Can we come back or what?” the pilot was heard talking to air traffic controller.

“This flight is requesting to come back…a passenger forgot her baby in the waiting area”.

The operator then asks the pilot to re-confirm the reason for turning back.

The pilot was overhead speaking: “We told you, a passenger left her baby in the terminal and refuses to continue the flight.”

“Ok, head back to the gate. This is totally a new one for us!”

The pilot was lauded on agreeing to return to the airport after takeoff and considering the situation as an ’emergency case’.