Conservation of World's largest picture wall to be completed soon

Conservation of World's largest picture wall to be completed soon 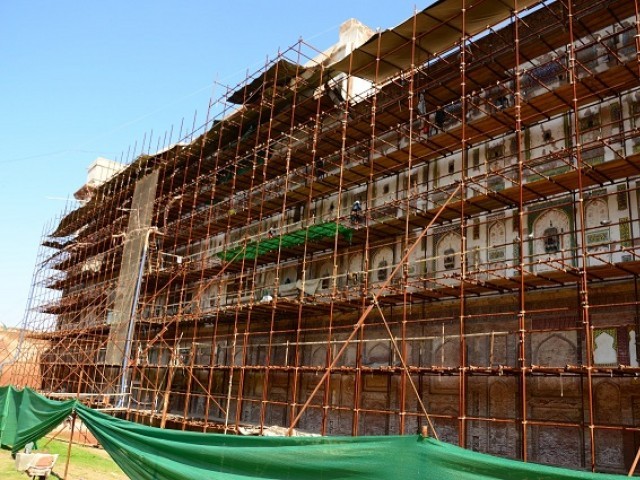 LAHORE: The world’s largest picture wall built by the Mughals conservation process is set to be completed by the end of this month.

The picture wall located inside the Lahore Fort was made by Mughal emperor Akbar 400 years ago.

Later on it was enlarged by emperors Jahangir and then Shah Jahan. 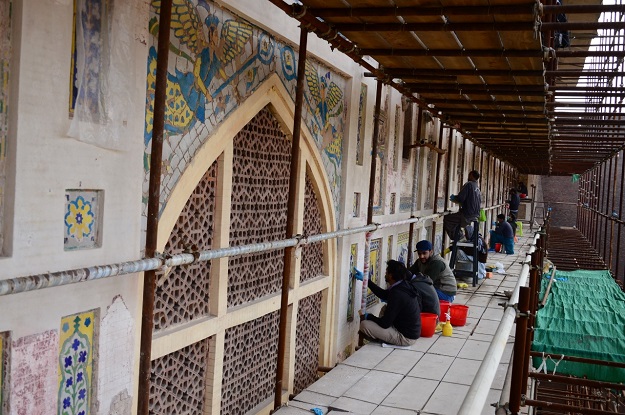 The project is funded by the Norwegian and German embassies, with support from the Punjab government. 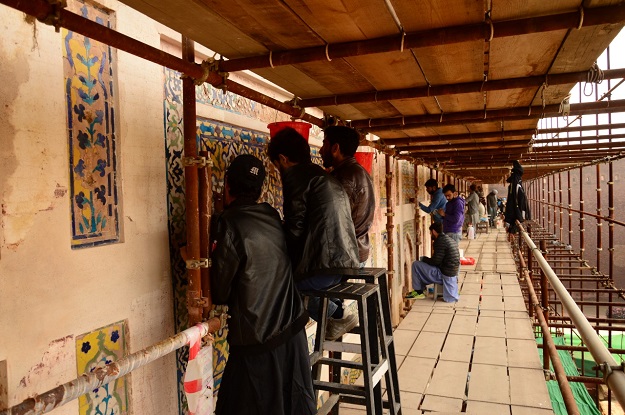 The picture wall is a visual representation of the artistic impressions and characteristics of three Mughal emperors.

The western side of the wall, which is 350 feet long and 50 feet high, consists of 635 decorated recessed panels composed on three levels. 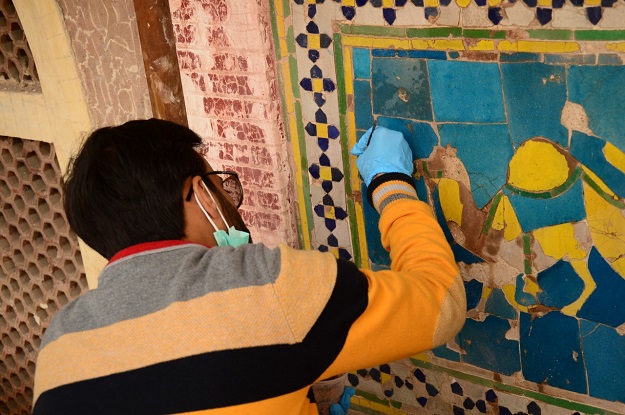 WCLA Director General Kamran Lashari said that it would start special guided tours. “The WCLA aims to preserve our history, rich heritage and culture for the upcoming generation,” he added.