Notice­s issued to NAB author­ities for detail­ed report­s in two other cases
By Our Correspondent
Published: March 6, 2019
Tweet Email 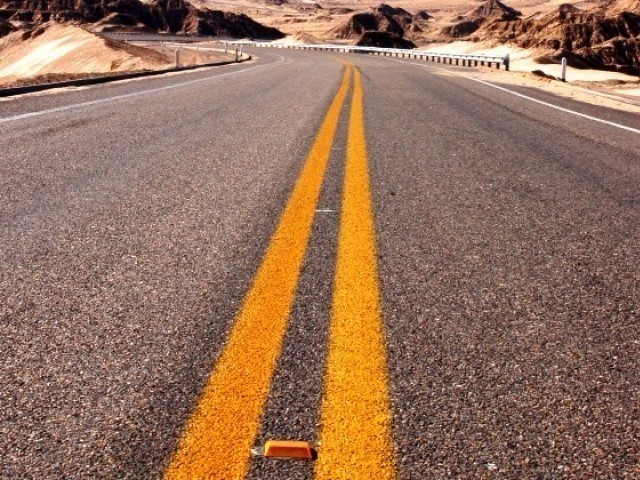 KARACHI: The Sindh High Court (SHC) directed the National Accountability Bureau (NAB) on Tuesday to file a reference within two months in the case pertaining to the fraud committed in the Gulshan-e-Rufi project at Super Highway.

A two-member bench, comprising Chief Justice (CJ) Ahmed Ali Sheikh and Justice Omar Sial, was hearing the bail plea of the accused builder, Ghulam Murtaza. The CJ reprimanded the builder and remarked that the builders defraud the public and flee with their money. The lawyer for the accused maintained that his client had committed no fraud.

The CJ commented that there seemed to be no issue in siphoning  money from the public under the name of residential schemes and then using this money to acquire properties in the US and South Africa because they think there is no one to hold them accountable. The CJ asked the investigation officer as to why the bank account of the accused was not frozen and remarked that if the builder flees then what will become of the money invested by the people.

The same bench asked for evidence against former Karachi Development Authority (KDA) Director-General (DG) Nasir Abbas in the case pertaining to illegal allotment of plots. NAB prosecutor maintained that Abbas sold the plots under fake documents. Important evidence has been collected against the accused, claimed the prosecutor.

The court expressed annoyance over the absence of accused’s lawyer and summoned him to court on April 11. Court also demanded the evidence based report against Abbas from NAB and summoned the investigation and case officer on next hearing.

The same bench issued notices to NAB on Tuesday for March 19 on the plea against the arrest of former federal minister Kamran Michael. The plaintiff’s lawyer observed that Michael’s name was not included in the Karachi Port Trust (KPT) land allotment and inquiry reference. Michael has been targeted politically and the accountability court also illegally sent him on judicial remand, maintained the lawyer adding that Michael’s arrest and judicial remand must be termed illegal. Court issued notices to NAB and demanded detailed replies.

The same bench issued notices to NAB authorities accepting the bail of Sehwan Development Authority (SDA) officer Rehmatullah Lashari on Tuesday. The plaintiff’s lawyer observed that after Agha Siraj Durrani’s arrest, his client had been issued a call-up notice. NAB should be barred from arrest, he said adding that public officers, in order to save themselves from arrest, have approached SHC after the arrest of Durrani.

The court accepted Lashari’s bail plea against a surety of Rs3 million and issued notices to NAB for April 3.

The same bench, returning the report pertaining to the inquiries pending in the Sindh anti-corruption department back to the department chairman, ordered the report to be submitted with a statement under oath.

The CJ remarked that thousands of inquiries were pending since years. The court ordered the anti-corruption department chairman to submit report with statement under oath and adjourned the hearing.

The same bench directed the plaintiff on Tuesday to submit the land sale documents before court on March 9 in the case of embezzlement in the purchase of a 1,600 acre land. The bench while hearing the pre-arrest bail of accused, Waleed Saad Khan, inquired that how did the plaintiff acquire this land and where was it situated. The plaintiff said that it was situated on Super Highway and informed the court that this was the land that he got in exchange of North Nazimabad Town land. The court inquired about the land in North Nazimabad Town, to which the plaintiff said that his grandfather had bought the land I Khasti Goth in 1962. Court directed the plaintiff to submit the first sell/purchase documents of the land in court and adjourned the hearing.

The SHC rejected the appeal on Tuesday of a culprit on death row for murder charges and commuted his death sentence into life imprisonment. A two-member bench, comprising Justice Naimatullah Phulpoto and Justice KK Agha, was hearing the plea in which the defence lawyer argued that the testimony of the eye witness and recovery of murder weapon was suspicious, and so the benefit of doubt was to be given to the culprit. The public lawyer maintained that the subordinate court had sentenced culprit Liaquat to death for the murder of Arif. The culprit had murdered Arif over an old enmity in the city court in 2009. The culprit had been caught red-handed with the murder weapon and does not deserve clemency. The court rejected the appeal and commuted the sentence.

The SHC annulled the public notice issued regarding the sugarcane prices and fixing it at Rs182 per mond. The court, directing the government to revise the prices, ordered to issue a new notification within 15 days.

A two-member bench, comprising Justice Mazhar Ali and Justice Agha Faisal, was hearing the plea in which notification was annulled and court remarked that the Sindh government must issue notification for crushing season 2018-19 within 15 days. Sindh Chief Minister must call the cabinet meeting and fulfil all the procedures, said Justice Mazhar, adding that if court orders went unimplemented, contempt of court notice will be sent to the chief minister.

The plea was filed by the sugar mill owners against the fixing of sugarcane price at Rs182 per mond. It was observed in the plea filed that Sindh government’s notification issued on December 7 be annulled.

Zardari, Talpur get another extension in bail