'Time bracke­t that was given was betwee­n 8 and 9pm and was agreed upon by Indian offici­als'
By Our Correspondent
Published: March 2, 2019
Tweet Email 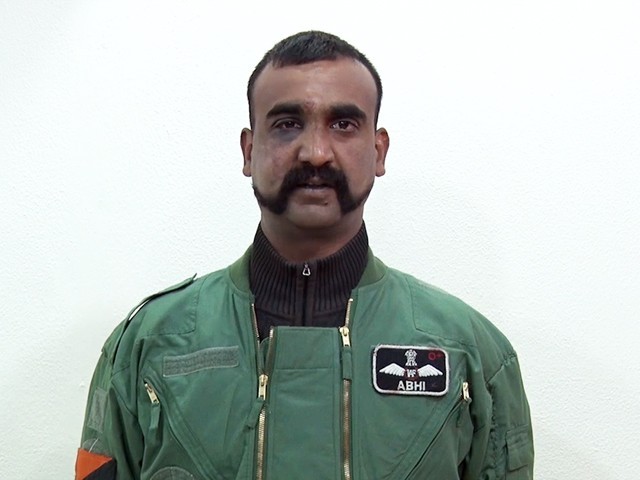 Pakistan refuted Indian allegations on Saturday that there was a delay in the handover of captured pilot Abhinandan Varthaman.

According to sources, Indian officials were “given a time between 8 and 9pm,” and the time bracket was agreed upon by both sides.

“Abhinandan wasn’t handed over late. They were given time between 8-9 pm. The time bracket was agreed on their request. Indian media continues their false news,” sources asserted.

Pakistan on Friday ‘as a goodwill gesture’ handed over to Indian authorities the captured Indian Air Force (IAF) wing commander as the nuclear-armed neighbours scaled back a confrontation that has prompted world powers to urge restraint.

Abhinandan’s MiG-21 jet was one of the two planes shot down by Pakistan Air Force (PAF) after they entered the country’s airspace on February 27, a day after Indian warplanes barged into Pakistan and dropped ‘payload’ in a deserted place in Khyber Pakhtunkhwa’s Balakot area.

Later, the Foreign Office confirmed handing over of the pilot to India through a statement. “The captured Indian Air Force Wing Commander Abhinandan Varthaman has been returned to India today (Friday),” the statement said.

“While in captivity, he was treated with dignity and in line with international law. Prime Minister of Pakistan Imran Khan announced his return as a goodwill gesture aimed at de-escalating rising tensions with India,” it added.