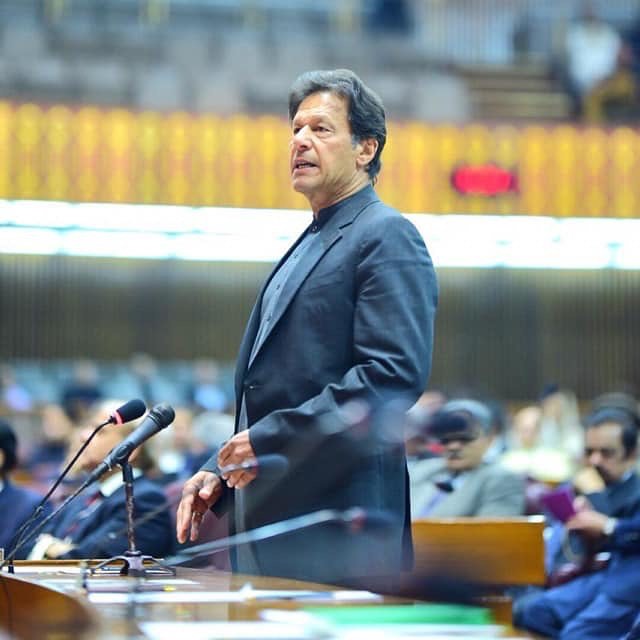 The resolution has been moved by Information Minister Fawad Chaudhry. It argued that the prime minister “played a sagacious role in de-escalating tensions between Pakistan and India”.

The war hysteria whipped by Indian leadership led the two arch-rivals to brink of an all-out conflict, the resolution stated. “India’s warmongering attitude put tens of millions of lives at stake,” it added. 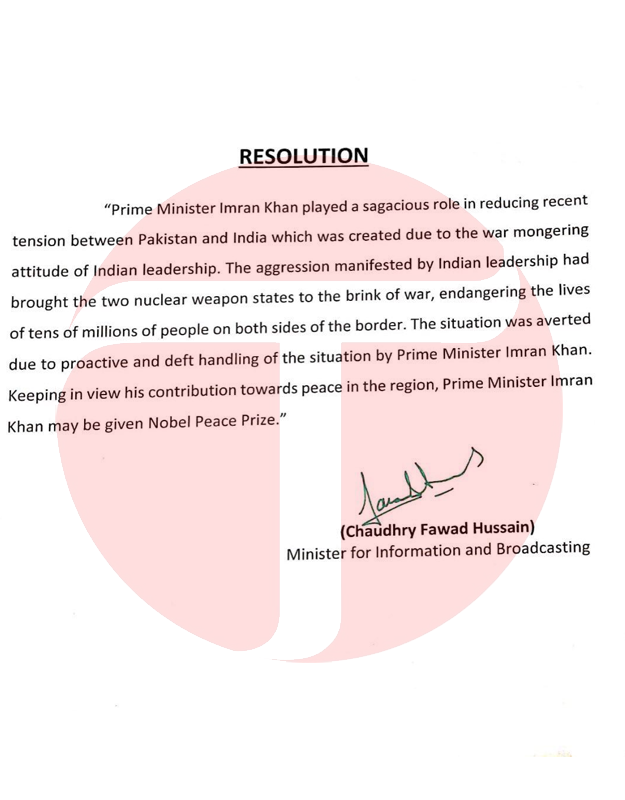 A copy of the resolution moved in the National Assembly Secretariat requesting a Nobel Peace Prize for Prime Minister Imran Khan. PHOTO: EXPRESS

On Friday, Pakistan on ‘as a goodwill gesture’ handed over to Indian authorities the captured IAF Wing Commander Abhinandan Varthaman as the nuclear-armed neighbours scaled back a confrontation that had prompted world powers to intervene.

While addressing a joint session of the Parliament on Thursday, PM Imran announced to release Abhinandan ‘as a peace gesture’ but warned that the desire for de-escalation should not be misconstrued as weakness and that “Pakistan was fully prepared to retaliate against any aggression”.