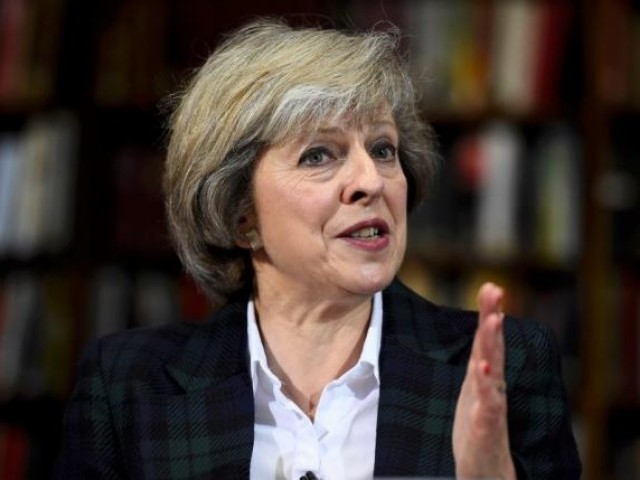 Prime Minister Theresa May says London is deeply concerned by the recent military escalation over the last two days.PHOTO: REUTERS/FILE

United Kingdom Prime Minister Theresa May on Wednesday urged both Pakistan and India to “exercise restraint” and voiced her concern over the rising tensions between the two nuclear armed neighbours.

In a statement issued by the PM Office, Premier May said that London is deeply concerned by the recent military escalation over the last two days.

“We are in regular contact with both countries [Pakistan and India], urging dialogue and diplomatic solutions to ensure regional stability,” the statement reads.

The British prime minister went on to say that the UK is working closely with international partners through the UN Security Council to de-escalate tensions.

Earlier in the day, two Indian Air Force aircraft were shot down on by the Pakistan Air Force and Indian targets across the Line of Control  were struck by Pakistani fighter jets from within friendly airspace as the country’s armed forces struck back after unprovoked Indian aggression on February 26.

Pakistan’s civil and military leadership had declared the violation of airspace by Indian jets “uncalled for aggression”.

At least 20 killed, 43 injured in crash and fire at Cairo train station