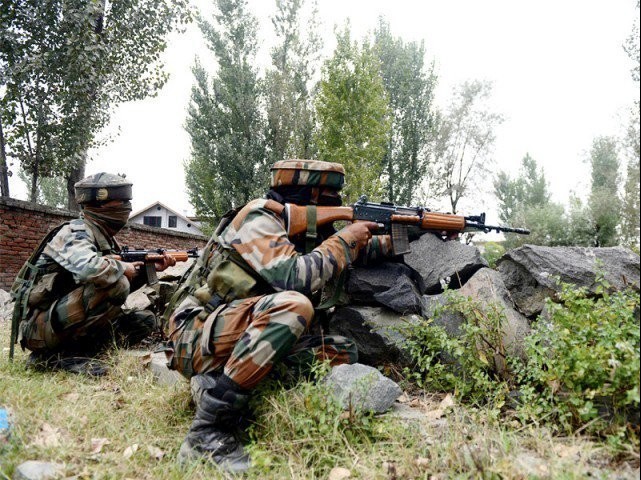 Light and heavy artillery were used by the Indian forces to target the civilian population. PHOTO: FILE

JABBA, BALAKOT: All was normal in the idyllic hamlet of Jabba. All except four curious craters, a few charred trees and some scorched dirt.

From Balakot town, it takes 15 minutes to reach Jabba, the densely forested mountainous village where India claimed its fighter jets targeted the ‘largest terrorist training camp’ and supposedly killed as many as 350 ‘terrorists’. But far from there being any sign of such wanton death and destruction, life carried on as usual in and around the village’s vicinity.

Traffic on the link and main roads of Balakot and Mansehra appeared as busy as any other day. Residents of both the towns appeared more preoccupied with the PK-40 by-election rather than whatever India claimed it did just before dawn. All businesses were open and people went about their daily routine without a hitch.

The closest structure to the newly impacted craters is a lone house belonging to 60-year-old Nooran Shah, the sole casualty of the payload delivered hastily by the Indian jets as they scampered back across the Line of Control.

But even he showed signs of nothing more than a few bruises to his head – far from Indian claims of large-scale casualties.

Nooran Shah’s house bore a few scars – some cracks in the wall – but that was the maximum extent of the damage caused by 1,000 kilos of Indian ordnance.

“I heard three loud booms… it sounded like someone was firing rockets… and then everything went silent,” said one Jabba resident, recounting the preceding night’s events.

“Although they took place some 12 kilometres away, the explosions were quite intense. The shockwave rippled through our windows and doors, and our house’s ceiling,” said another resident. “And then we heard the sound of jets flying by for some time.”

“We did hear a loud sound sometime before 4am. We did feel a shockwave,” said a third Jabba resident. “But even though we heard some planes fly overhead, we thought it was something else… thunder because it was raining or perhaps an earthquake.”

“It was only in the morning that we learnt that Indian jets were responsible for the thud we heard at night,” he added.

“Everyone in Jabba was ok. No one lost his life. There was no real damage. The Indians only dropped something in the forest, on the hills and trees,” the elder said. “We didn’t even bother to check the site at first because we know no one lives there.”

Another resident said the Pakistan Air Force had been carrying out routine patrols in the airspace above Balakot since tensions with India began. “We thought the planes we heard last night belonged to the PAF,” he said. “It was only through media that we came to know that something unusual occurred.”