Accord­ing to Dubai police, most of the cases involv­ing Pakist­ani expats are relate­d to fraud and forger­y
By News Desk
Published: February 26, 2019
Tweet Email 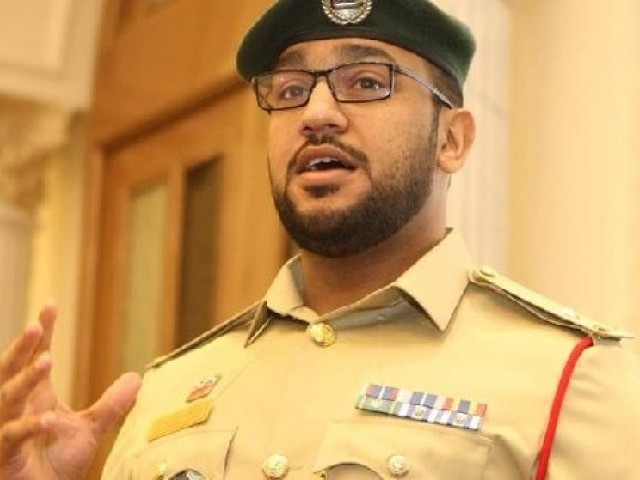 Pakistani expatriates in Dubai are urged to report cases via Smart Police Station (SPS) as it could likely help reduce the crime rate within the community, according to a top Dubai Police official.

The suggestion was made for the Pakistani nationals during a conference held by the Dubai Police, Khaleej Times reported on Tuesday.

Officials from the Dubai Police interacted with members of the Pakistani community and answered questions concerning the most pressing issues facing the community.

Police authorities have for the first time held a conference that especially focuses on just the Pakistani community and it comes shortly after the new Pakistan consul general, Ahmed Amjad Ali, was appointed.

Khalid Mohammed Banasser, the head of the criminal section of Smart Police Station at Dubai Police, said that the SPS will allow residents to file cases and complaints through a smart system, with no “human interaction needed”.

He added this should encourage more people to come forward as, sometimes, “people can be scared of the police”.

“The Smart Police Station has been opened now and there’s four of them in Dubai. It’s 24/7 and we’re serving in four languages. I hope that in the future if anyone has any problems or troubles, they’ll come to the station and we’ll guide him through it,” the official said.

He added: “It will help them [Pakistanis] very much. If they are in any kind of trouble, we can help them and prevent them to fall into any crimes in the future or become a victim to a crime.”

According to the police official, most of the cases involving Pakistani expats are related to fraud and forgery.

“Some people can’t tell the difference between original and fake documents, so maybe they sign it without knowing they’ll be charged for it in the future. Some people have their passport and ID being used by someone else who is committing crimes,” he said.

Rashid Al Muhary, the head of CID at Dubai Police, said: “The Pakistani community is the second biggest after Indian community. Dubai Police offer services that aid the society and we believe these services help them, such as the Dubai Smart Police Station.

When they understand this system, they communicate with us better, they can help us reach our aim and goals better. We hope there will be no complaints and there will be an exchange of ideas and information. They’ll tell us their needs and we’ll be able to help the Pakistani community.”

Meanwhile, the Pakistan consul general said that the crime rate within the community is minor when compared to the population of Pakistani expats in the country.

“When it comes to the crime rate within the Pakistani community – the ratio between the population, crime rate and people in jail – that’s negligible. But things can improve. I cannot say how much it will increase or decrease the crime but these efforts help out in giving awareness to people and this will definitely improve in people’s knowledge,” Ali said.

He added that the symposium will help build trust and the relationship between the Pakistani community and police authorities.