Kashmi­r is a subjec­t on which everyo­ne is united, says PML-N leader­
By News Desk
Published: February 26, 2019
Tweet Email 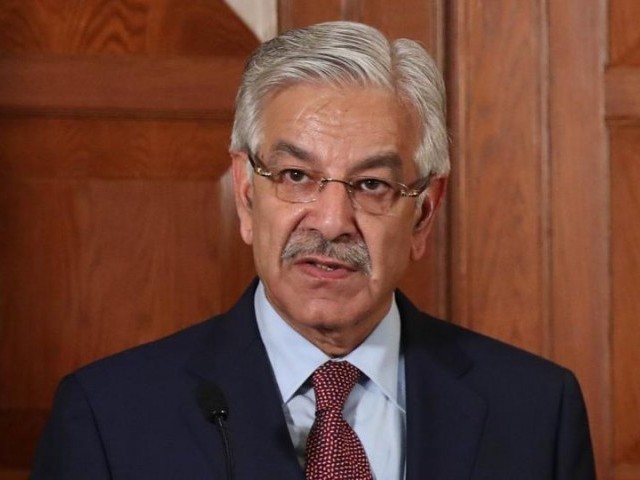 Former foreign minister Khawaja Asif on Tuesday called upon all political parties to set aside their differences and stand united behind the Pakistan Army after Indian jets violated Pakistan’s airspace earlier in the day.

Addressing the National Assembly, the Pakistan Muslim League-Nawaz (PML-N) leader said Pakistan’s geographical integrity is being threatened, and instead of point scoring, all politicians should take a united stand as the Line of Control (LoC) has been violated.

He further stated that inviting India’s Foreign Minister Sushma Swaraj as a guest of honour at the Organisation of Islamic Cooperation (OIC) meeting is a major setback and Islamabad should boycott the session.

“A generation is being blinded in Kashmir and it is time to express solidarity with them. It is a time of national unity and a national need to maintain the sanctity of House. A parliamentary meeting should be called and a loud and clear message should be given that we are united. Kashmir is bleeding and our enemies are being called as ‘guest of honour'”, he added.

The former foreign minister further stated that political parties may be divided on issues of economy and running of government affairs, but Kashmir is a subject on which everyone is united.

Former NA speaker Ayaz Sadiq echoed Asif’s statements on OIC and said they had no right to call the Indian FM as a guest of honour before discussing it with Pakistan.

Sadiq further stated that unless a message is given that the Pakistani government and opposition is united, it won’t work, calling it “a testing time for Pakistan”.