A senten­ce of five years impris­onment and a penalt­y can be awarde­d for the murder of a cat
By Our Correspondent
Published: February 19, 2019
Tweet Email 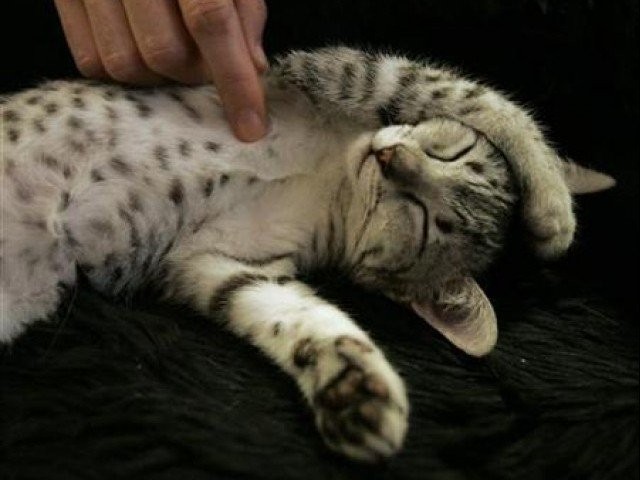 A sentence of five years imprisonment and a penalty can be awarded for the murder of a cat. PHOTO: REUTERS

KARACHI: A local court accepted the bail against a surety of Rs30,000 in the murder case of a cat.

The case was heard before the South judicial magistrate on Monday.

Accused, Tehmina, maintained in her plea that the cat was a stray cat and not a domestic pet. She said she was ready to face a trial and should not be arrested. The court accepted her bail plea and directed her to pay the surety amount. According to police, Tehmina ran over the cat with her car and killed her. Plaintiff, Faiq Jageerani, lodged the complaint and said that he would fight the case till the accused was punished. The plaintiff maintained that the rights of animals are protected worldwide and the police and courts should work towards the provision and protection of animal rights. A sentence of five years imprisonment and a penalty can be awarded for the murder of a cat. The incident took place within the limits of Darakhsan Police Station on February 1.

Cats living swank in their own Silicon Valley apartment

A local court rejected on Monday Pakistan Tehreek-e-Insaf (PTI) MNA and FixIt founder, Alamgir Khan’s application seeking bail in a case registered at Civil Lines Police Station. The court had directed Khan to deposit a surety of Rs20,000 but Khan ignored the orders and flew to Islamabad. The case was registered against Khan and his accomplices for throwing sewage water and garbage at the entrance of the Sindh Chief Minister’s House on February 13.