Former Indian cricke­ter questi­ons what Kashmi­r attack has to do with Kartar­pur corrid­or?
By News Desk
Published: February 16, 2019
Tweet Email 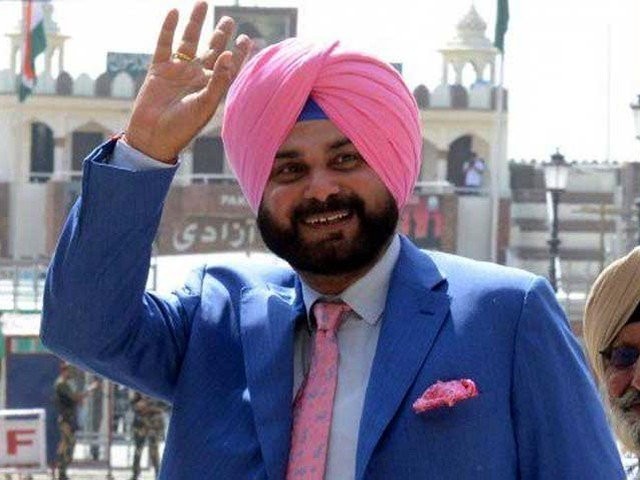 Amid speculations that Thursday’s suicide attack on an Indian military convoy in the occupied Kashmir could affect Kartarpur corridor project, Indian Punjab cabinet minister Navjot Singh Sidhu questions the connection between Kashmir attack and the corridor.

He asked if an entire nation can be blamed for the actions of a handful of people.

According to a report on Hindustan Times, Sidhu said, “What has this bloodshed got to do with Kartarpur? When a person becomes a pilgrim out of devotion, he becomes a different person.”

“What I feel is that we should deliberate over the problem of terrorism, and find out the root cause of the problem and uproot it,” Sidhu insisted.

In November 2018, Prime Minister Imran Khan had laid the foundation stone of the Kartarpur corridor in district Narowal. The corridor will link Narowal’s Gurdwara Darbar Sahib to Dera Baba Nanak situated in India’s Gurdaspur, facilitating the Sikh pilgrims visiting their most sacred sites in Pakistan.

An Indian delegation along with Sidhu and a large number of Sikh pilgrims had also witnessed the historic ceremony.

Condemning the terror attack in Pulwama on February 14 in which 44 Indian paramilitary policemen were killed the former Indian cricketer said, “It [the attack] is a cowardly act and I condemn it firmly.”

In another report, the Press Trust of India (PTI) quoted Sidhu as saying. “Violence is always condemnable and those who did it must be punished. For a handful of people, can you blame the entire nation and can you blame an individual?”

The suicide attack on the Indian security convoy was the worst in decades of insurgency in the disputed region.

Accusing Pakistan of planning the attack, Indian Prime Minister Narendra Modi warned Islamabad on Friday to expect a ‘strong response’ to a suicide attack. New Delhi also withdrew the Most Favoured Nation (MFN) trade status given to Pakistan in the aftermath of the Kashmir attack.