Patients frustrated by lack of facilities at Mubarakpur RHC

Patients frustrated by lack of facilities at Mubarakpur RHC 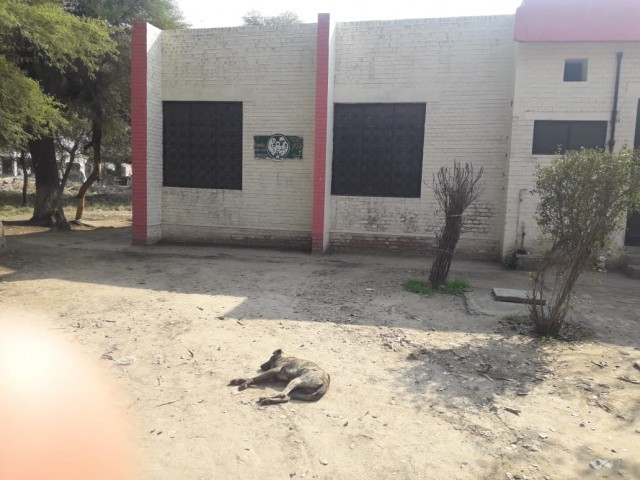 Mubarakpur Rural Health Centre, the only hospital in the vicinity for a population of 300,000, lacks proper medical facilities for the hordes of patients that visit the facility daily. Many are forced to return home without receiving any treatment.

Further, the x-ray machine at the rural health centre is out-of-order, compelling residents to travel an additional 60 kilometres to Bahawalpur and Ahmadpur in order to get a simple x-ray.

A local resident Kamal Hussain stated that because of a lack of medical facilities, many individuals are forced to travel to Ahmedpur or Bahawalpur in order to receive proper treatment, which is cumbersome for patients.

Further, the facility does not have a stock of medicines available. As a result, patients have to buy their prescriptions from general stores at higher rates.

Allah Ditta, a resident living in the area, said that there are no medicines available at the hospital. “I have to buy my prescription from private stores which is costly and difficult for those with financial constraints,” he expressed.

The digital generator at the hospital is also out-of-order because of a lack of proper maintenance. Previously, Rs0.45 million was spent on repairing the generator. Despite this, it was not made operational and now lies rusting in the corner. Further, the turbine project worth Rs1.4 million, meant to provide staff and patients with clean drinking water, could also not be made functional.

Staff and patients visiting the facility are forced to drink polluted water while the person hired to operate the project is being paid for rendering zero services.

Perhaps the biggest issue faced by the rural health centre is the fact that the wall surrounding the premises has crumbled to the ground. Without a cement barrier blocking their path, wild animals and dogs are able to roam in the area undeterred. At the back, the boundary wall is non-existent making it easier for thieves in the night to steal blankets and equipment.

The staff’s quarters have not been repaired for many years; the rainy season is particularly difficult as rainwater leaks through the cracks in the ceiling. Staffers live in fear of the walls and ceiling collapsing at any moment.

The sewerage system is another problem. Dirty sewage regularly overflows into residential quarters and collects outside the hospital. Allegedly, water from government canals is being sold to citizens rather than being used to water the greenery surrounding the health centre.

Residents demanded that the Punjab Health Minister take immediate notice of the rural health centre’s deteriorating situation and rectify it.

When contacted by The Express Tribune, Bahawalpur District Health Officer Dr Zeeshan Rauf said that he is aware of the state of the rural health centre. “All the necessary facilities and repairs will be ensured once funds are released,” he maintained.