Is all well with Bol?

Is all well with Bol? 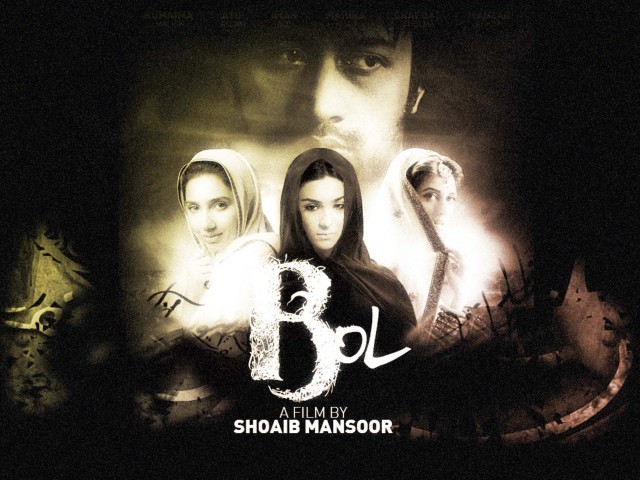 The release of Bol has been repeatedly delayed. PHOTO: PUBLICITY

The much-awaited film for this year, Bol, is set to release nationwide next week, but all does not seem hunky-dory with Shoaib Mansoor’s slick venture before its launch.

Firstly, there have apparently been delays in the film’s release. Inside sources explained that the movie, whose rights of distribution are owned by GEO films, had changed its date of release five or six times, which might be a possible reason why promotion heralding the movie’s premiere has been so subdued.

These sources have also confirmed rumours that the film will not release simultaneously in India. According to these sources, global distribution of the movie and its music is being done by Indian-based companies, Eros and Tips respectively. And apparently, both companies have planned to release the music and the film at later dates. Thus, no marketing campaign for the movie has even started across the border. In fact, several newspaper and internet reports originating from India have alleged that the films’s release has been delayed across the border.

However, when The Express Tribune contacted Mansoor, the producer expressed his ignorance about these developments. He said that he could only confirm the release of the movie in Pakistan.

Secondly, the marketing strategy of the year’s biggest film has been unusually low-key. There has certainly not been adequate promotion to spark viewers’ interest in Bol. In fact, rumour has it that movie’s major promotion may only include cast members handing out passes at the premiere.

However, cast members dismissed concerns that the film’s modest marketing would affect the movie’s popularity.

Speaking about her debut film, Mahira Khan said that online viral marketing on the internet regarding the movie has certainly roused public’s interest. “Everyone, including my friends, have been asking where the commercials are, but I feel that excessive promotion can take attention away from the actual movie,” said Khan. She added that there was intense hype associated with the movie because people want to see Shoaib Mansoor’s second film after the phenomenal success of Khuda Ke Liye.

According to Khan, our politically troubled country is starved for entertainment and therefore, there was ample interest regarding Bol on the internet and other social media sites.

Iconic singer Atif Aslam, who is also making his acting debut in the film, expressed his disappointment over the fact that there were no billboards of the film in major cities. Yet, he was confident that the movie would still do well. “The most important thing now is that the film will premiere on June 19 (in Karachi) and June 24 (in Lahore),” said Aslam. The pop singer explained that the movie’s soundtrack, recently released in Pakistan by Fire records, had received positive reviews and its widespread popularity was promoting interest in the movie. “I can tell you one thing confidently — Bol’s soundtrack has sold out nationwide,” said Aslam.

The singer also revealed he would no longer be participating in talk shows to advertise the movie, but he will still hand out passes at the film’s premiere with the rest of the cast.

Model-actor Iman Ali, who plays a prominent role in the movie, also appeared sanguine about her film. She commented that she personally did not believe in heavy marketing and the film would eventually be released regardless of the delays. “If the film is meant to work, it will work. One has to be confident,” said Ali.

Bol is said to be releasing countrywide on June 24. And despite all the film’s apparent hurdles, there are many people who seem excited about finally having a chance to view it.