'It's anothe­r step in our unders­tandin­g of the link betwee­n ultra-proces­sed food and health'
By AFP
Published: February 12, 2019
Tweet Email 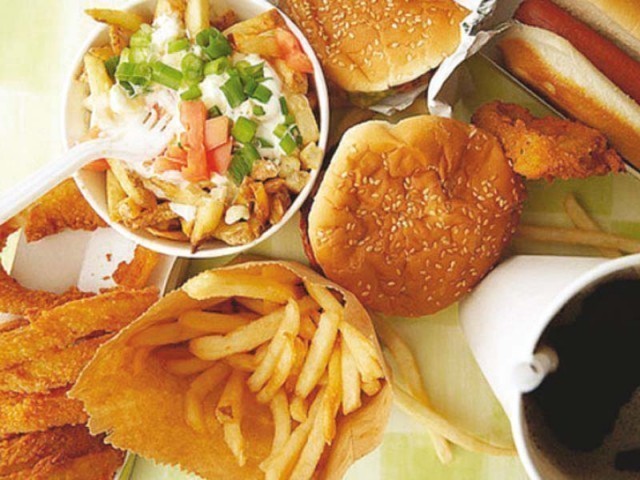 'It's another step in our understanding of the link between ultra-processed food and health.' PHOTO: FILE

WASHINGTON: A major French study published Monday has found for the first time a link between the consumption of ultra-processed foods and a higher risk of death, but researchers warned more work was needed to determine which mechanisms were at play.

The study, which involved monitoring the diets of tens of thousands of French people between 2009 and 2017, found a modest link between increased consumption of ultra-processed foods — characterised as ready-to-eat or -heat formulations — and a heightened mortality risk during that period.

The results were published in JAMA Internal Medicine published by the American Medical Association.

But “we shouldn’t be alarmist, or say that eating a packaged meal gives you a 15-percent higher chance of dying,” cautioned Mathilde Touvier, director of the nutritional epidemiology research team at Paris 13 University, which managed the NutriNet-Sante study along with teams from Inserm, Inra and CNAM.

“It’s another step in our understanding of the link between ultra-processed food and health,” she added.

The relationship between diet and disease is complex and the results of studies are frequently misinterpreted.

Last year, the same French team published a study on organic food and how it related to the risk of cancer.

A higher rate of cancer was found in people who ate less organic food — but the study did not conclude there was a causal link — though that did not stop many media outlets from headlining the cancer-fighting effects of organic food.

Some 45,000 people over the age of 45, a majority of whom were women, took part in the latest study. Every six months, they were asked to fill out three online surveys, randomly assigned over two weeks, on everything they ate or drank over a 24-hour period.

After seven years, about 600 people died. The researchers then crunched the numbers and found that a 10 percent increase in the proportion of ultra-processed foods in the diet corresponded to a 15 percent increase in mortality.
But Touvier warned that rather than focus on the figure, what matters is the existence of a statistically significant correlation — and the study is one part of growing body of work on the matter.

Ultra-processed foods come under group four of the NOVA food classification system recognized by health agencies including the UN Food and Agriculture Organization.

They have undergone several transformation processes including heating at high temperatures and the presence of additives, emulsifiers and texturizers. Many ready-to-heat products that are rich in salt or sugar and low in vitamins and fiber fall under this category.

Since it is not possible for ethical reasons to conduct a controlled experiment in which one group eats ultra-processed foods and the other does not, observational studies are the only option.

But they are inevitably flawed, hinging on accurate self-reporting, while there are also a myriad of other ‘invisible’ factors at play — even though the results are adjusted to compensate for socio-demographic criteria and the overall quality of the diet.

The burning question remains, what is it about these foods that causes negative impacts on health?

One popular hypothesis is the presence of additives, which have been studied in lab conditions on cells and on rats, notably by the French National Institute for Agricultural Research (INRA)

The study is “an important contribution to the literature” on the subject, Casey Rebholz, Assistant Professor of Epidemiology at the Johns Hopkins School of Public Health told AFP, who noted the methodology was robust despite the inherent limitations of studies of this nature.

Another vital message to take away is that such foods are disproportionally consumed by lower-income people, argued Professor Nita Forouhi of Cambridge University’s School of Clinical Medicine.

“Consumption of highly processed foods reflects social inequalities — they are consumed disproportionately more by individuals with lower incomes or education levels, or those living alone,” she said.

“Such foods are attractive because they tend to be cheaper, are highly palatable due to high sugar, salt and saturated fat content, are widely available … More needs to be done to address these inequalities.”