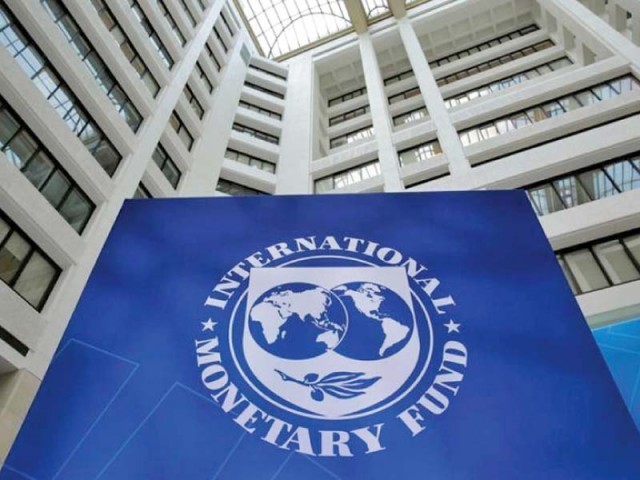 Officials said the IMF was also asking for a permanent solution to the circular debt and commodity operations estimated at over Rs2 trillion. PHOTO: FILE

ISLAMABAD: A decision on nearly $6 billion worth of short-term debt that Pakistan is required to return before June will play a role in determining the size of the next bailout package from the International Monetary Fund (IMF) as repayments will increase the country’s immediate financing requirements by the same amount.

A meeting between Prime Minister Imran Khan and IMF Managing Director Christine Lagarde has rekindled hopes of an early IMF deal. But both the sides have to settle many issues before an agreement is signed, including the treatment of short-term external debt, according to people privy to these negotiations.

The rollover of short-term debt, largely Chinese, will keep overall size of the IMF programme at the lower end. The short-term debt raises more concern about debt sustainability and its rollover will also address the issue that the IMF money will not be used to repay Chinese loans.

Ramirez – a Spanish national – will take charge of his new assignment next month. Ramirez was heading the IMF mission in Russia and has a vast experience.

IMF Resident Representative Teresa Daban confirmed the appointment of the new mission chief. She said it was a routine posting.

Finger had negotiated the last Pakistan-IMF three-year programme. The IMF had earlier replaced the resident representative, but decided to keep Finger for some time aimed at ensuring continuity.

Finger is going to take charge of Division Chief of the Asia-Pacific Department of the IMF.

PM Khan and Lagarde on Sunday met on the sidelines of the World Government Summit. The IMF head urged Pakistan to take decisive action for qualifying for the programme.

Daban told The Express Tribune that so far no programme-related mission was scheduled to visit Pakistan. But she said the mission would be dispatched once a request was made.

Finance Minister Asad Umar clarified on Monday that PM Khan’s meeting with  Lagarde was not a negotiating round and no deal was reached between the two sides.

The IMF is not satisfied with the previous increase in electricity and gas prices and is seeking further rise in tariffs, according to the sources. The IMF has also demanded a complete and meaningful free float of the exchange rate, which the government is not ready to accept.

The third major area is the fiscal policy as despite presenting two supplementary budgets, the budget deficit is expected to remain around last year’s level of 6.6% of gross domestic product. The sources said the IMF was also asking for a permanent solution to the circular debt and commodity operations, estimated at over Rs2 trillion.

Over the past few years, Pakistan has heavily banked on short-term expensive foreign loans to meet its external financing needs. According to a presentation given by the finance ministry to the prime minister last year, about $5.6 billion worth of short-term debt was maturing in the current fiscal year.

The short-term debt was over and above the $7-billion medium and long-term debt, which was also maturing this fiscal year. This brings total debt-related repayments to $12.6 billion in the year.

“Fresh external inflows are expected to cover adequately the short-term external debt obligations,” said Dr Najeeb Khaqan, the spokesman and Adviser to the Finance Ministry while talking to The Express Tribune.

Khaqan said the arrangements were also in place to ensure that commercial borrowings and bilateral payments are “refinanced or rolled over”. His reply suggests that technically Pakistan will not be repaying its short-term debt, which will help keep the size of IMF programme relatively low.

Another factor is the nature of the programme and a short-term standby arrangement will allow the IMF to give more loans compared with a three-year Extended Fund Facility (EFF). But given the deep-rooted structural problems, the IMF is likely to give the EFF, subject to an agreement on prior actions.

The finance ministry adviser said in order to meet external debt-related obligations, the government had already expedited multilateral and bilateral project loans for fiscal year 2018-19, which would ensure increased inflows.

No deal reached with IMF yet, clarifies Umar

Khaqan said the multipronged approach was to ensure that debt servicing was adequately handled and the inflows as well as oil facilities created further buffers to ease the balance of payments pressure.