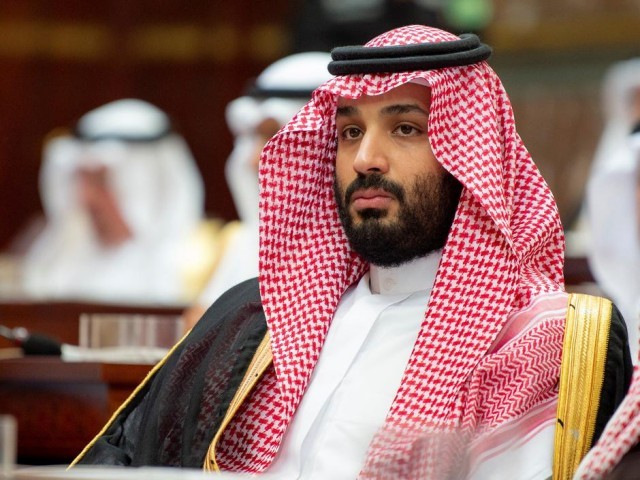 ISLAMABAD: In an unprecedented move, the Pakistan government has decided to reserve the Prime Minister House for Saudi Crown Prince Mohammad bin Salman’s stay during his upcoming visit to the country later this month.

Sources privy to the development told The Express Tribune that the renovation work at the PM House is currently underway to prepare it for the royal stay.

Prince Mohammad will be the first state guest to stay at the government building reserved for the prime minister of Pakistan.

The Saudi crown prince’s office will be made ready in ‘working condition’ two days before his arrival, scheduled for February 17, in the federal capital, said the sources, adding that important refurbishments were being carried out in this connection at the PM House.

Prime Minister Imran Khan will personally receive the Saudi prince upon his arrival at the airport.

According to sources, the Saudi crown prince’s delegation will comprise over 1,000 officials and businessmen, adding that the two main hotels and the Punjab House in Islamabad have been reserved for their stay.

Ahead of the much-awaited visit, a delegation of Islamic Military Counter Terrorism Coalition (IMCTC), headed by former army chief General (retd) Raheel Sharif, on Sunday arrived in Pakistan on it’s first-ever visit to the country.

Foolproof security arrangements, under the supervision of Ministry of Interior and Ministry of Foreign Affairs, are being made for the visiting delegations.

Pakistan is likely to sign a number of investment deals, including the construction of a multi-billion-dollar oil refinery in the port city of Gwadar during the upcoming visit. The Saudi crown prince will follow-up on agreements signed between the two countries during Prime Minister Imran’s visit to the KSA last year.

Saudi Arabia’s Ambassador to Pakistan Nawaf bin Said Al-Malki is playing a key role with regards to bringing Saudi investment in the country.

Saudi Arabia agreed to provide $6 billion lifeline to Pakistan following the second visit of the prime minister, as the agreement could not be reached during his September visit to the kingdom.

Prince Mohammad will participate in an international investment conference scheduled to be held at a five-star hotel in the capital.

According to sources, a 40-member Saudi delegation, and over 100 Saudi and Pakistani business leaders will attend the international event. The forum will deliberate on energy, petro chemicals, housing, tourism in Punjab and Khyber-Pakhtunkhwa, as well as sign MoUs in this regard.

Negotiations will also be held to attract Saudi investment in Bahawalpur solar plants, and power plants in Haveli Bahadur Shah and Bhikki. Agreements on exploration of minerals in the poverty-stricken Balochistan are also expected to be signed.

According to the sources, the Saudi crown prince will head to Malaysia, India and Beijing after completing his visit to the country.

Insiders said that Pakistan has done groundwork to attract Saudi investors to the country, who will also be given various incentives this time.

It is believed that 80 containers will be shipped to Islamabad for the crown prince and his entourage’s stay.

Sources say everything used by the Saudi visitors will be brought from the Saudi kingdom to the country.

The vehicles in his convoy will also be transported from Saudi Arabia.

At least 99 dead after consuming toxic alcohol in India