Sindh CM urges heads of delega­tions to protec­t SLOC of Arabia­n Sea for the benefi­t of the world
By Our Correspondent
Published: February 11, 2019
Tweet Email 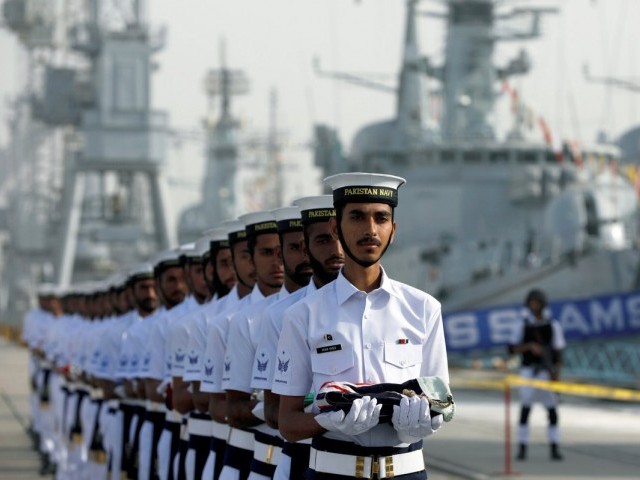 KARACHI: Sindh Chief Minister Syed Murad Ali Shah has said hosting of AMAN exercises by Pakistan Navy was a clear manifestation of Pakistan’s commitment towards peace and stability, embodied in its motto ‘Together for Peace’, bringing the navies of the East and West on a common platform for the good of global commons.

“Pakistan defines the Northern shores of the Arabian Sea and is located at the crossroads between Arabian, Persian, Central Asian (Turkish), Chinese and Indian civilisation. Pakistan thus has a vital role to play in this region,” said the chief minister while addressing heads of delegations of multinational naval exercise AMAN-19 at the CM House on Sunday.

On the AMAN exercise, Murad said, “Pakistan Navy has been hosting multi-national naval exercise AMAN biennially since 2007 which has a global outlook.”

He said with the exercise, Pakistan Navy desired to seek enhanced interoperability between regional and extra-regional navies as a means of promoting peace and stability in the Indian Ocean Region (IOR) and beyond. “This exercise also provides a unique training opportunity to develop and practice response tactics which helps participants foster and sustain the mutual relationships that are conducive to ensure the safe and secured sea lanes on the world’s oceans,” he said.

Murad urged to protect the sea lines of communication of the Arabian Sea for the benefit of the world.

“Threats like terrorism, drugs smuggling, human trafficking and disasters require international collaboration to secure the Arabian Sea/IOR,” he said, adding that drills in peacetime prepare the forces well for any real conflict situation.

The exercise aims at boosting the joint operational capabilities of the participating countries’ naval forces for peace and stability in the region, he said, adding that the role and contribution of Pakistan Navy was as a forerunner in the quest for collaborative security in this region.

Highlighting Pakistan Navy’s role in ensuring safe passage of cargo ships in the region, Murad said, “Pakistan, being a major stakeholder in maritime security of the Arabian Sea, is fully committed to ensuring freedom of navigation and lawful maritime order.”

Murad prayed that this camaraderie generated herein would grow in future and would bring them (participants) closer to the mutual goal of regional peace and prosperity.

He thanked the heads of delegations for participating in AMAN Exercise 2019.