A 16-year old boy was rescue­d from under the rubble after two days of collap­se
By Reuters
Published: February 8, 2019
Tweet Email 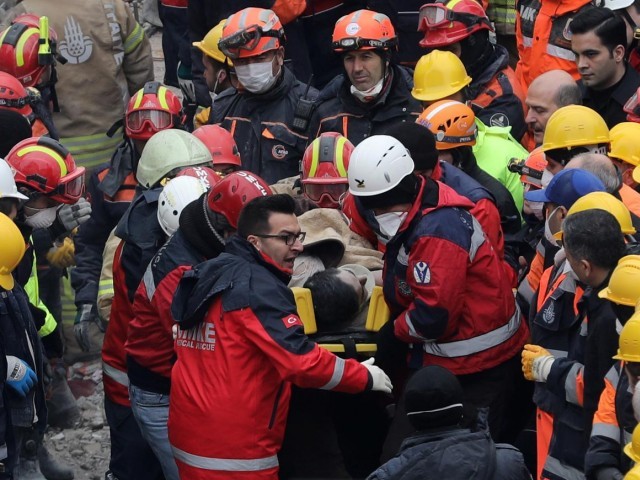 ANKARA: A teenage boy was rescued from the rubble of an eight-storey Istanbul building on Friday, nearly 48 hours after it collapsed, but the death toll rose to 14 and another 11 people are still missing, Interior Minister Suleyman Soylu said.

The residential building, in the Kartal district on the Asian side of the city, collapsed on Wednesday.

Fourteen apartments were registered at the site but the top three floors of the building had been built illegally, the city’s governor said this week, and a textile workshop was operating without a licence at the entrance.

At least two killed after building collapses in Turkey’s Istanbul

More bodies were pulled from the rubble on Friday, raising the death toll to 14, Soylu told a news conference, adding that 11 others were still being sought by emergency teams.

A 16-year old boy was rescued from under the rubble early on Friday, two days after the collapse, footage from the site showed.

Seven nearby buildings were evacuated for security reasons on Thursday, while prosecutors in Istanbul carried out an investigation into the cause of the incident.