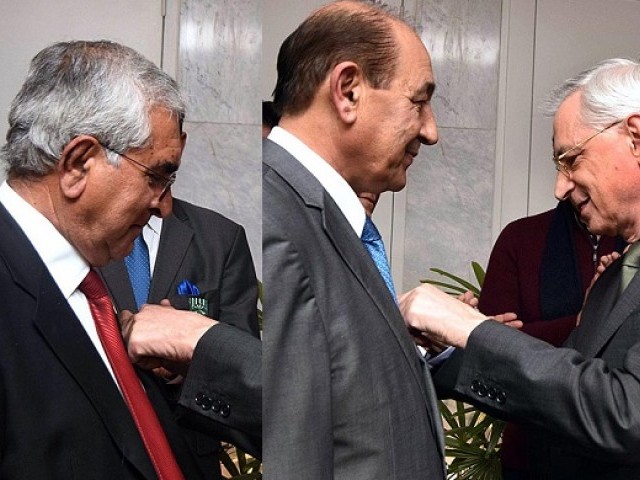 The French government has awarded the prestigious Order of Arts and Letters to two Pakistani academicians for their rendered services, Radio Pakistan reported on Thursday.

Both recipients had completed a PhD from Paris-Sorbonne University located in Paris.

A ceremony on account of this recognition was held in Islamabad, which was also attended by Federal Minister for Education Shafqat Mehmood.

Ambassador of France Dr Mac Barety stressed on French cooperation in the field of archaeology. He mentioned the upcoming 60th anniversary of the Archaeological Mission of Indus Valley on February 28.

The ambassador further apprised the audience on the significance of the Gandhara civilisation and the heritage accompanying Buddhist temples.

The Ordre des Arts et des Lettres (Order of Arts and Letters) is an Order of France, established in May 1957 by the Minister of Culture. Its purpose is the recognition of significant contributions to the arts, literature, or the propagation of these fields.

Both of the recipients have graduated from the prestigious French University of La Sorbonne in Paris where they got a PhD.