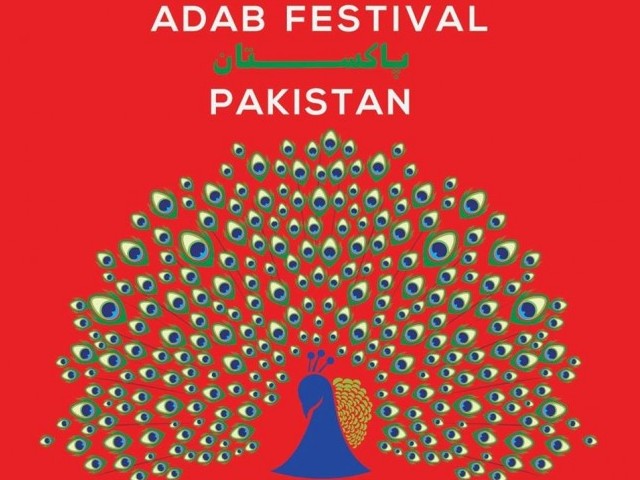 KARACHI: The seed and idea of literature festivals caught on and spread like wildfire in a forest. AdabFest is a movement to spread peace and harmony through books, dialogue, debate, art, music, storytelling and dance and through watching, listening and asking questions.
These thoughts were expressed by Ameena Saiyid, founder and director of Adab Festival Pakistan, at the closing ceremony on Sunday.

On the last day, thousands of literature lovers attended the festival which began on Friday at the Sindh Governor’s House.

The day started with the session, ‘Ushering in a new era of youth activism: Hope or despair?’ Faisal Siddiqi, Jibran Nasir, Alia Amirali and moderator Palvasha Shahab comprised the panel that discussed the unique sets of possibilities and opportunities that can be teased out in the Pakistani context.

All we need is a healthy dose of political activism

In the session, ‘Pakistan in the second globalization (we missed out on the western-led post-1980 wave: can we catch the bus on the second, China led one?), the speakers Mushtaq Khan, Asad Sayeed, Ehsan Malik, Saquib Shirazi engaged in a thought-provoking discussion with the moderator Salim Raza.

Later, a dramatic presentation on PG Wodehouse was given by Richard Heller. Parallel book launch sessions for ‘Zind ak aadink’ (the mirror of life) by Hani Baloch and ‘House’ by Aleeya Khan were also held.

In the session ‘A conversation with Ahmed Rashid’ speakers Zahid Husain and Fatemeh Aman had an interesting discussion while in a parallel session, ‘Dilli jo ek sheher thha’, Asif Farrukhi talked with Zehra Nigah and Saif Mahmood, the author of ‘Beloved Delhi’, about Mughal Delhi, its syncretic culture and its great Urdu poets.

A 30-minute talk led by Lt Col Ian Vaughan-Arbuckle was followed by a conversation with Ghazi Salahuddin and Sher Shah Syed in the session ‘Life in Karachi during Ayub Khan’s rule’.

The book launches of ‘Chaar Darwesh Aur Ek Kachwa,’ ‘Kishwar Naheed’s Shirin Sukhani say paray,’ and ‘The mercurial Mr. Bhutto and other stories’ led to an interesting discussion with the authors.
In a parallel session moderated by Rafay Mehmood panelists discussed ‘Making music in Karachi: A talk by Sharif Awan’.

More book launches included Farooq Bajwa’s ‘From Kutch to Tashkent: The Indo-Pakistan War of 1965’, Aysha Khan’s ‘The women’s movement in Pakistan: Activism, Islam & Democracy’ Mohammad Hanif’s ‘Red Birds’ and Iftikhar Salahuddin’s ‘If stones could speak. Echoes from the past’.

During the session, ‘What about the rest? Challenges and strategies in National league pedagogy’, speakers Suleman Shahid, Inam Nadeem, Zahid Hassan, Imdad Husaini along with the moderator Gwen Kirk discussed that the mother-tongue of most Pakistanis was not Urdu, but argued that few institutions also taught Balochi, Pashto, Punjabi, Sindhi and others as second languages.

The session ‘Stefan Weidner’ included a lecture by the German writer, intellectual, translator (from Arabic) and former editor of the cultural magazine “Fikrun wa Fann”.
In the much-awaited session ‘Transformation and Resistance: The challenging art landscape in Pakistan’, Salima Hashmi, Mohammad Zeeshan, Adeela Suleman with moderator Rabeya Jalil discussed the diversity and depth of art-making in Pakistan evident in the Karachi and Lahore biennales.

The session ‘Pakistan’s population prerogative: A talk by Mehtab Karim’, discussed the results of the 2017 census and the resultant social and economic consequences.

Police to go after influential persons flouting the law