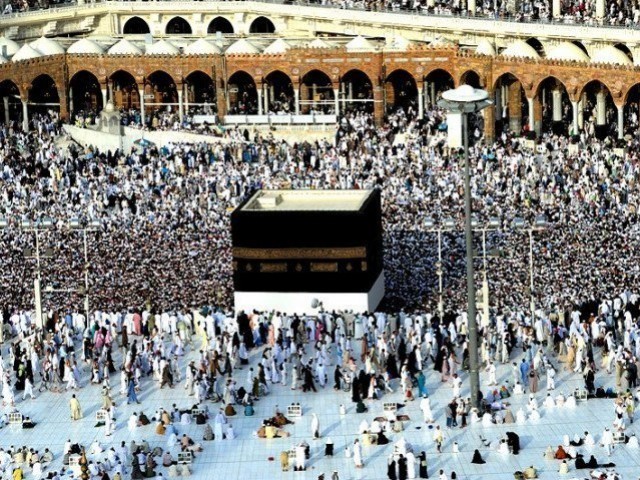 Government is mulling over to abolish subsidy on Hajj. PHOTO: AFP

ISLAMABAD: The Council of Islamic Ideology (CII) said on Wednesday that subsidy on Hajj is permissible and the government can provide grants to minimise the expenses of the holy journey.

“The government can grant subsidy on Hajj from any source except Zakat,” CII chairman Dr Qibla Ayaz said.

The PML-N government had sanctioned subsidy of Rs45,000 for each pilgrim during its last tenure but now the PTI government is mulling over to formulate new Hajj policy for the next five years.

Under the new policy, the abolishment of subsidy on Hajj is under consideration, sources said.

They added that following the abolishment of subsidy and decrease in the value of rupee, the Hajj expenses for each pilgrim may go up by Rs40,000 to Rs50,000.

However, the final decision to abolish subsidy of Hajj would be taken by the federal cabinet.

On January 26, the Hajj Policy 2019 proposed an increase of Rs156,975, driving up Hajj expenses of pilgrims from the north and south regions by 56 per cent and 58 per cent respectively.

The Senate Standing Committee on Religious Affairs and Interfaith Harmony was informed that Hajj expenses were increased due to exchange rates and higher airfare.

The committee called for monitoring of private Hajj tour operators and stressed the need for reduction of airfares to enable pilgrims to perform Hajj and Umrah.

Buzdar cites lack of familiarity with protocols for handshake gaffe