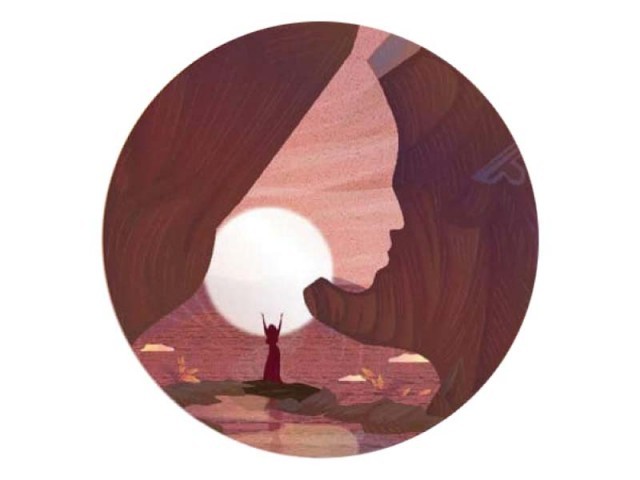 KARACHI: What started out as a folk revival project on Saif Samejo’s rooftop has magnified into something much louder and significant. Samejo, the founder of the annual Lahooti Melo never imagined that a few music video recordings would open avenues for a festival that will add new chapters to Sindh’s history of inclusive celebrations.

Diversity and multiculturalism are themes that local festivals such as Lahooti embrace in order to serve as possible antidotes to religious extremism. In the same spirit, the festival has branched out in terms of tackling other extreme forces of society and dedicated the fourth edition to the #MeToo movement.

“Earlier it was meant to be a conversation between popular musicians and indigenous artists and now it will be a discourse about women by women,” Samejo tells The Express Tribune, while stressing that live music will still form the backbone of the festival.

The Fourth Lahooti Melo will take place on February 9 and 10 at Sindh University Jamshoro. The festival has been co-funded by Samejo’s band, The Sketches and the Sindh Culture department while other partners and sponsors are in the process of being finalised. The event is open for all and IDs will be checked at the entrance.

The official theme of the festival is an ‘Ode to the liberated woman’ wherein the organisers plan to not only stress issues such as gender inequality and victim-shaming but also highlight stories of successful ‘liberated’ women from different walks of life. Oscar winner Sharmeen Obaid Chinoy, Pakistan’s Women’s football team captain Hajra Khan, contemporary poet Rubina Abro, V-Logger Eva Zu Beck and digital rights activist Nighat Dad are amongst the many women who have been invited to participate in the festival.

Since Lahooti’s audience primarily comprises university and college students, sessions on mental health and gender policies in Higher Education have also been included. “We are not aware about the importance of mental health and gender equality both institutionally and as a society, which is why we have engaged a number of educational institutes. In fact, the festival itself is taking place in Sindh University Jamshoro.”

The shifting of venue from Hyderabad Club to the pavilion of Sindh University might help the organisers with crowd mismanagement issues which were earlier reported. The number of panel discussions has been reduced to make room for personal stories, and conversations on music have been replaced by a talk on the importance of letting the rivers flow.

On the performance front, the festival promises to be what can be considered the closest to Pakistan’s version of Woodstock. There are only a handful of bands and artists who haven’t performed at Lahooti Melo and this time around several new names are a part of the line- up. Battle of the Band fame Kashmir and Tamasha along with the iconic Mekaal Hasan Band and Chand Tara Orchestra are just a few live acts who will be making their debut at Lahooti. On the international front, French house music duo FDVM will be performing and so will Italian folk musicians Frida Neri and Elisabetta Del Ferro. Traditional musicians such as Bhagat Bhoroo Lal, Fakeer Zulfiqar, Rafiq Fakir and Akbar Khamiso Khan will headline the indigenous music section.

“Like always, there will be seven to eight hours of quality live music for two consecutive days,” promises Samejo. “Lahooti has always tried to engage folk musicians from Karachi to Kashmore and artists from all across the world and we will try to put up a good show, once again.”