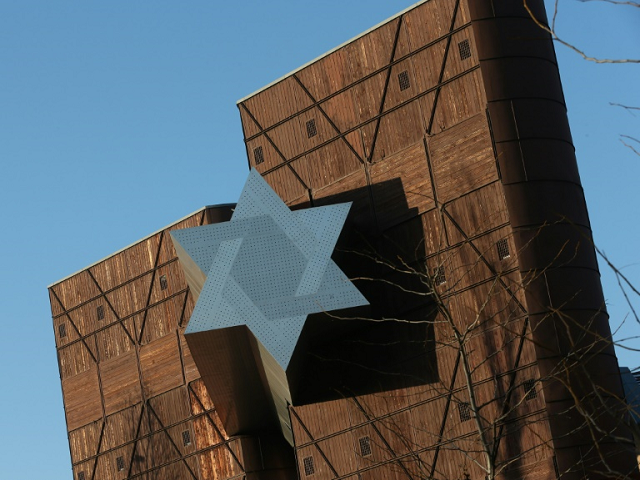 The new holocaust museum 'House of Fates' in Budapest has not opened due to wrangles over its concept and depiction of Holocaust history. PHOTO: AFP

BUDAPEST: As the world prepares to mark International Holocaust Remembrance Day on Sunday, Hungarian Jews find themselves divided in a bitter dispute over the long-delayed opening of a new Holocaust museum in Budapest.

The “House of Fates” complex, located on the run-down fringe of the city centre, is fronted by two 15-metre (49-foot) high towers of stacked cattle wagons connected by a giant, floodlit metal bridge in the shape of the Jewish Star of David.

The 24-million-euro ($27 million) revamp of the sprawling site, a former railway station where Jews were deported to Nazi German death camps, was largely finished by 2015.

But it has remained shuttered ever since, its exhibition space empty save for furniture in dusty bubble wrap, amid wrangles over its concept, suspicions from many Jews of official attempts to whitewash history, and political connections in its development.

‘All I want for Christmas is democracy,’ say Hungary protesters

Some 600,000 Hungarian Jews perished during the Holocaust, most of them deported in the space of a few months in 1944 with the assistance of the Hungarian authorities.

Last September the government suddenly announced that it was handing ownership of the museum to EMIH (the United Hungarian Jewish Congregation). 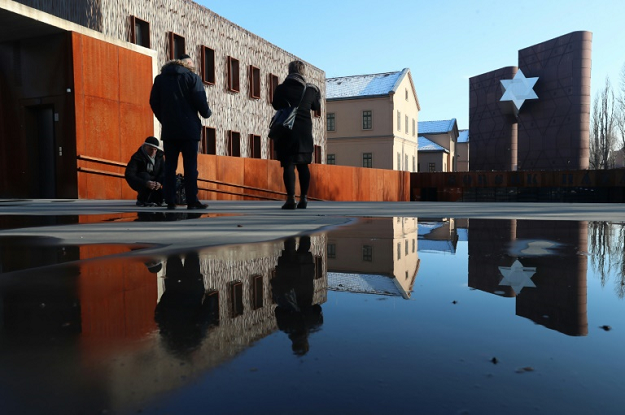 ‘House of Fates’ Holocaust museum is housed in what was the former ‘Jozsefvarosi’ railway station in Budapest where Jews were deported to Nazi German death camps. PHOTO: AFP

The group, affiliated with the international orthodox Chabad movement, was also tasked with finalising the exhibition with a historian, Maria Schmidt, who is close to Hungary’s nationalist-conservative Prime Minister Viktor Orban.

Koves says the museum – not likely to open before next year – will focus on personal stories of young people and aims to draw more than 100,000 high school students annually.

“Kids these days are ignorant about the Holocaust, even Jewish kids, they need to be shaken out of their apathy,” said Koves, 39, whose grandparents were Holocaust survivors.

But the largest and longest-established Jewish organisation Mazsihisz worries that EMIH lacks the necessary expertise and that Schmidt has a reputation for glossing over the Holocaust.

“She is not considered by experts as credible, no one knows what the museum’s historical message will be,” Mazsihisz leader Andras Heisler told AFP.

Schmidt’s previous concept for the House of Fates covered just the years between 1938 and 1948, omitting rising anti-Semitism and the introduction of the first anti-Jewish law in post-World War I Europe under Hungary’s interwar leader Miklos Horthy. 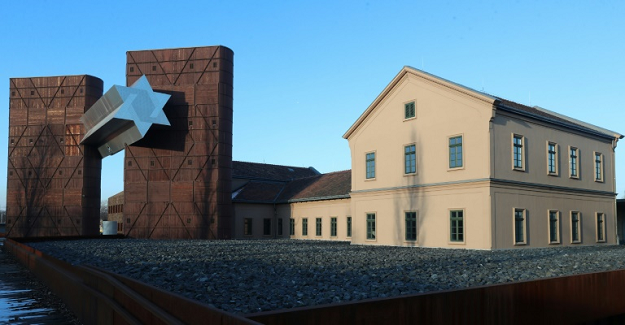 Hungarian and international academics, including from the Yad Vashem Holocaust museum in Jerusalem, resigned from an advisory board over the distorted concept for the Budapest site, PHOTO: AFP

Mazsihisz and international academics – including from the Yad Vashem Holocaust museum in Jerusalem – resigned from an advisory board over the distorted concept, leading to the deadlock.

Orban’s government vehemently insists on its good faith towards the Jewish community, which at around 100,000 is the largest in central Europe.

It introduced Holocaust education in schools, has supported another Holocaust museum in Budapest, and the renovation of several synagogues.

But many Jews regard Orban’s track record on Jewish issues as chequered.

An official memorial erected in 2014 that portrayed Hungary as an innocent victim of Nazi Germany incensed many Holocaust survivors.

At a ceremony last week at the Grand Synagogue in Budapest – Europe’s largest – to mark the anniversary of the liberation of the Budapest ghetto in 1945, some in the audience were unimpressed by a speech from a government official. 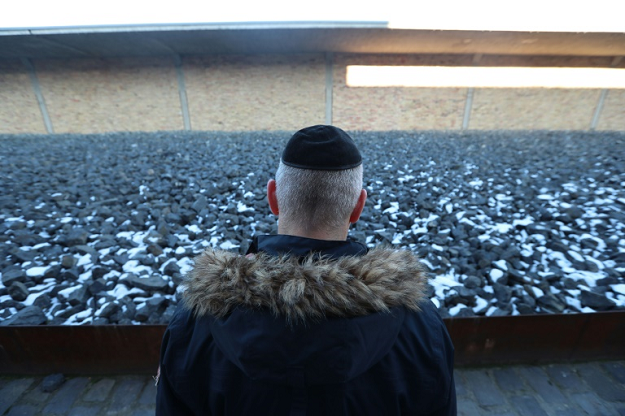 The Jewish community in Hungary is around 100,000, the largest in central Europe. PHOTO: AFP

“He talked about Jewish-Christian European culture but outside a synagogue the government only ever speaks about Christian culture,” Eva, 85, a Holocaust survivor, told AFP.

Still others have accused the government of exploiting anti-Semitic tropes in its ferocious propaganda campaign against George Soros, the US-Hungarian billionaire of Jewish descent, whom Orban accuses of fomenting migration flows to Europe.

Last November, on the same day as the government announced funding for an anti-Semitism watchdog to be run by EMIH, a magazine owned by Schmidt depicted Jewish leader Andras Heisler surrounded by swirling banknotes.

Orban plays a “double game” with the Jewish community, according to historian and author Krisztian Ungvary.

“He is a populist trying to maximise votes, and that leads to sending signals toward the extreme right,” Ungvary told AFP.

As for the row over the museum, Ungvary says: “It would have been better to improve the existing albeit poorly run and designed Holocaust museum, the city does not need two”.

Koves insisted to AFP that the House of Fates exhibition is being reworked with international experts involved, and that it will tell the full story of the Holocaust.

“Usually it is better to try work with the powers-that-be and make progress rather than protest and get nowhere,” he said.