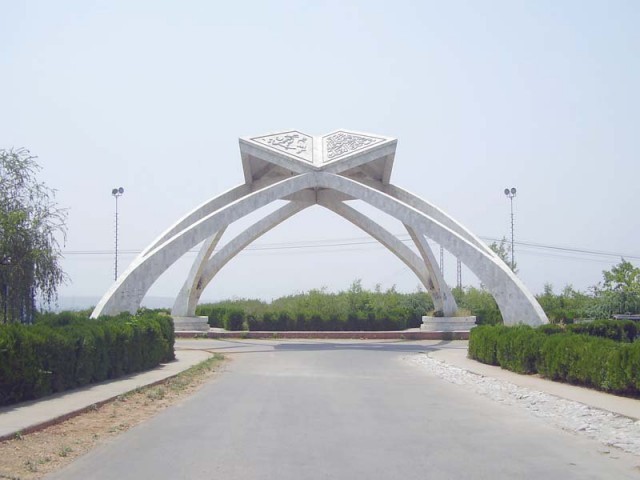 ISLAMABAD: The Department of Sociology, Quaid-i-Azam University (QAU) in collaboration with Higher Education Commission (HEC) of Pakistan organised a seminar on “Road Safety in Metropolitan Cities of Pakistan” with an aim to raise the awareness about road safety in Pakistan.

The initiative was taken to produce reliable data to understand the behavior of road users and sensitise the youth on this very serious matter. The seminar was based on research conducted under HEC Thematic Research Project of Road Safety in Metropolitan Cities of Pakistan.

Principle investigator of the project at the QAU Department of Sociology Dr Muhammad Zaman discussed the overall state of road safety in the country and gaps in legislation with the stakeholders.

Dr Zaman explained the current state of the road safety globally and nationally. He mentioned that 27,582 people are victims of road safety violations annually as per WHO 2018 estimates.

Seminar: Botanical garden, environmental sciences dept to be set up at QAU

“Only two convictions relating to road accidents have been found in the history of Pakistan. It means no one in the country is interested in acknowledging the importance of the state of road safety affairs,” he added.

He proposed to fill the gaps in current Standard Operating Procedures which include: to reform the weak penalty system, devise a conviction law in case of fatalities as a result of road accidents, and to formulate a Child Restraint Law.

He further discussed that a number of legislations are not implemented adequately and are dormant in the legislative system. Dr Zaman stressed upon the need for a centralised public transport system as well as a centralised licensing system, maintenance of standards for vehicles by the legislative bodies.

There is a dire need for a standard public transport system in the metropolitan cities of the country. He asserted that it has been argued on the state level that the Road Safety issue could not be catered due to the lack of funds but in reality, it is more of a management issue.

Furthermore, he highlighted the absence of Smart Parking which can reduce influx of traffic. Similarly, 40% of automated signals in Pakistan are out of order.

He asserted that there is a need to impose heavy fines on traffic violations and these fines must be equitable according to the cost of the vehicle. In addition, he emphasised that it is the need of the hour to reduce the speed limits in urban areas which is currently very high.

As, 5km/h reduction in speed can reduce 30 percent of the fatalities. Lastly, he presented tribute to the traffic personnel who are serving the public regardless of the harsh circumstances. Later, he discussed that, people usually relate these matters of human error with fate. He stated that this phenomenon is a completely man-made hazard and can easily be avoided with safety precautions.

The Chief Guest, Motorway Police DIG Ishfaq Ahmed acknowledged the efforts of the Department of Sociology for organising this event to address such a noble cause.

He imperatively discussed the initiatives taken by the Islamabad Traffic Police, including the urdu sign boards, increasing the amount of fines on violation of traffic rules.

59% women believe men get away easily with harassment: Kashmala