Ajmal Kasab, senten­ced to death by an Indian court for his part in the 2008 Mumbai attack­s, has filed an appeal...
By AFP
Published: June 5, 2010
Tweet Email 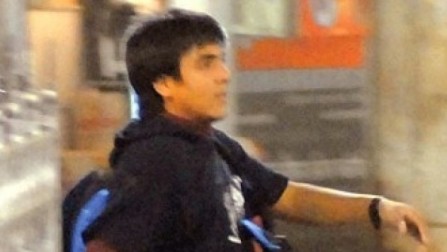 Government officials have said they want the sentence ratified quickly

MUMBAI: Ajmal Kasab, sentenced to death by an Indian court for his part in the 2008 Mumbai attacks, has filed an appeal against the sentence, the Times of India said on Friday.

The newspaper said prison authorities in Mumbai had confirmed that Kasab had approached the city’s high court to challenge the sentence and apply for a state-funded lawyer.

Kasab was convicted last month of a string of offences, including waging war against India, mass murder, terrorist acts and conspiracy in connection with the November 26, 2008, attacks that killed 166 and injured more than 300.

The 22-year-old was the only one of the 10 gunmen to be captured during the three-day assault, which targeted the city’s main railway station, three luxury hotels, a popular restaurant and a Jewish centre.

When contacted by AFP, no one was immediately available for comment at the high-security prison in Mumbai where Kasab is being held.

Death sentences by law have to be confirmed by the local high court after reviewing the evidence.

Defendants have a right of appeal and can challenge the ruling all the way to the Supreme Court. A final plea for clemency can be made to the country’s president.

Senior state government officials in Maharashtra have said that they want the verdict and sentence ratified swiftly, amid public calls for Kasab to be executed as soon as possible.

But questions have been raised about how long Kasab will be kept on death row as India has not carried out an execution since 2004 and only two since 1998, while dozens of final clemency appeals are still pending.