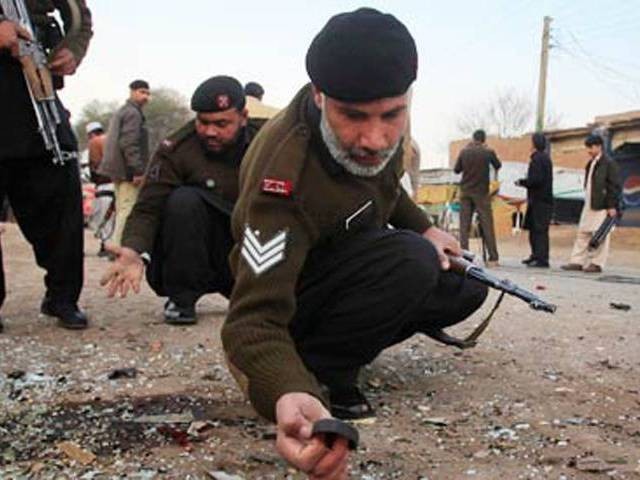 One security force official martyred, another injured in the incident. PHOTO: FILE

SHABQADAR: A bomb disposal official of security forces was martyred and another injured when an Improvised Explosive Device (IED) went off in the Safi sub-division of Mohmand tribal district on Wednesday morning.

They told The Express Tribune that the bomb disposal officials were on daily patrol on the main road when an IED hidden by on road side by unidentified miscreant went off, in the result of the blast one security force official got martyrdom while other were got serious injuries.

Both martyred and injured personal of bomb disposal squad were shifted to nearby Mamad Gat Hospital.

The security forces cordoned off the area and started a search operation. No one has claimed responsibility for the incident.

Safi where peace has been restored after long militancy and the business activity at local bazar like Bhauta and Qayumabad have been re started even at night time after long times, this incident in the area have once again have produce uncertainty among the local traders.