Skin whiten­ing creams are being cited as a major factor in causin­g skin cancer in Bahawa­lpur. The Health depart­ment...
By Maria Amir
Published: June 5, 2010
Tweet Email 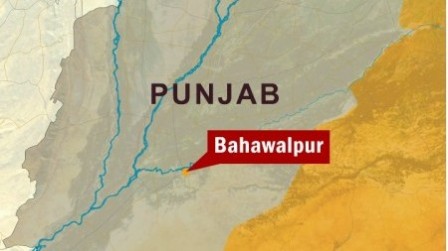 BAHAWALPUR: Skin whitening creams are being cited as a major factor in causing skin cancer in Bahawalpur.

On complaints from locals, several shops selling skin-whitening creams were raided and samples of seven creams were sent to a laboratory for testing.

Laboratory tests revealed that the creams include substantial amounts of ‘dexamethasone’ a component that causes skin cancer.

Laboratory attendant Fahad Bajwa said: “These creams are used very frequently by a large number of women but their side-effects are severe. All whitening agents, to some degree, are bad for the skin but bleach creams and fairness creams are especially harmful.”

The Bahawalpur Health department issued notices to the company manufacturing the creams.

Records have also been sought from the distributors of the creams, Aslam Traders.

Skin specialist Dr Aziz said the skin of those who use these creams becomes fragile and the sun’s ultraviolet rays can easily penetrate the treated skin, which increases the chances of skin cancer.

Aziz said that the factory that had been sealed was producing its creams locally and the product was incredibly strong as it had not been inspected or regulated.

“These creams have already led to a handful of skin cancer cases in Bahawalpur over the past year, all the patients are women,” he said, adding, “All fairness creams are harmful. Tests have repeatedly shown that whitening agents are long-term contributors in exacerbating skin conditions and often causing skin cancers.

The difference in these cases was that the manufacturers were operating illegally and the creams had a much higher content of harmful chemicals than regular creams that cause skin damage over longer periods of time,” Dr Aziz said.

Many renowned cosmetic stores say 80 per cent of their customers demand fairness creams and the demand is particularly high among teenage girls.

Altaf Hussain, a cosmetics salesman said that fairness creams were one of the most popular sale items in the local cosmetics industry.

“It isn’t just limited to women, we have fairness creams for men and sales for such creams are skyrocketing,” he said. A fairness cream user Alizeh said that fairness creams are “practically a requirement, regardless of whether or not one has dark or light complexion”.  She said, “I use a fairness cream as a sun block, there is just so much pollution that it makes using greasy sun blocking creams less desirable.”

Medical experts have said that the trend of using fairness creams, especially in South Asia, rather than traditional agents such as chandan, yoghurt, basin and Multani mitti has meant a lot more skin problems and diseases among women.

“These creams seldom list the ingredients on the cover and people don’t realise how harmful they are to young skin,” Bajwa said.

A busy day for city police