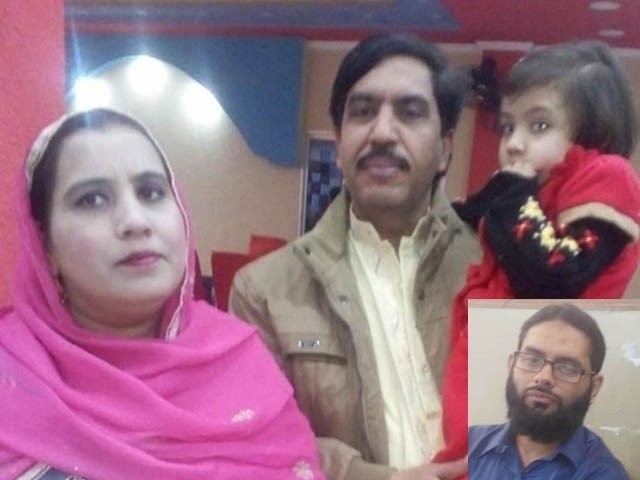 The minister, who was addressing a press conference in Lahore alongside members of the provincial cabinet, said officials of Counter-Terrorism Department (CTD) of the Punjab police were targeting Zeeshan, a friend and neighbor of the deceased Khalil, who the minister said had alleged links with Da’esh, a proscribed terrorist organisation. “The CTD officials did not want to hurt Khalil’s family, but unfortunately collateral damage had happened in this incident,” he said.

In the incident, described by law enforcers as an encounter with terrorists, an elite department of Punjab police had on Saturday killed four people, including parents Khalil and Nabeela, their teenage daughter, and their family friend, Zeeshan, who was driving the car. The incident sent shock waves across the country as one of the three surviving children, who were witness to the episode, denied the official version in a video that went viral on social media.

He insisted that justice would be ensured at any cost in the tragic incident as a Joint Investigation Team (JIT) led by Additional Inspector General of Police (AGP) Ejaz Shah had been constituted to probe the matter and submits a report in three days.

Furthermore, he said, Punjab Chief Minister Usman Buzdar had announced Rs20 million in compensation for the family whose three members – husband, wife and their teenaged daughter – were killed during an alleged shootout between Counter-Terrorism Department personnel and suspected terrorists in Sahiwal’s Qadirabad area on Saturday.

He announced that the Punjab government will bear the expenses for the education of the surviving children “till whatever stage they want to study”. The announcement came as the funeral prayers of the four deceased were offered on Sunday evening.

While the law minister said that the government will act on the findings of the JIT, and that it does not acknowledge any stance of the CTD, he added that the department had information of Zeeshan’s alleged links to Da’esh, a proscribed terrorist organization.

He said the CTD had information that Zeeshan was carrying explosive materials in his car. “Two suicide jackets, eight hand grenades, two pistols and bullets from his car.” However, he added, the exact situation would be unveiled after the JIT report as it had to be established that why fire was opened and what relation Zeeshan had with Khalil.

Basharat revealed that in the murder of the intelligence officials in Multan, a silver Honda City car was used which police and agencies were searching for. On January 13, the Honda City was spotted allegedly carrying terrorists to Sahiwal.

According to the minister, law enforcing agencies (LEAs) had surveillance footage of Punjab Safe Cities Authority’s (PSCA) cameras that showed Zeehsan’s car ‘with cars of terrorist’. In the footage, a silver Honda City could be seen trailing behind a white Alto. The law minister said that after tracing the car, surveillance footage between January 13 and 18 was reviewed and on January 18 it was “verified that Zeeshan was working with terrorists”.

The same day, agency personnel reached Zeeshan’s house and found terrorists present there along with explosive material, Basharat claimed. He said since Zeeshan’s house was located in a congested area, conducting an operation there was not feasible. “It would have endangered many lives, therefore, it was decided to wait for the suspected terrorists to leave in the car,” he continued.

The Sahiwal operation was carried out on the basis of intelligence report; however deaths of Khalil and his family had made it controversial, he added. He pointed out that the Prime Minister Imran Khan and Punjab Chief Minister Sardar Usman Buzdar had already taken notice of the incident.

He underlined that the JIT would probe the Sahiwal incident from all angles and the government would implement it recommendations in true letter and spirit. People responsible for this tragedy would be brought to justice. The government would also make the JIT report public, he added.

Later, funeral prayers of all the victims of the Sahiwal incident were offered on Ferozpur Road, Chungi Amer Sadhu on Sunday. A large number of people and relatives of the deceased attended the funeral prayer.