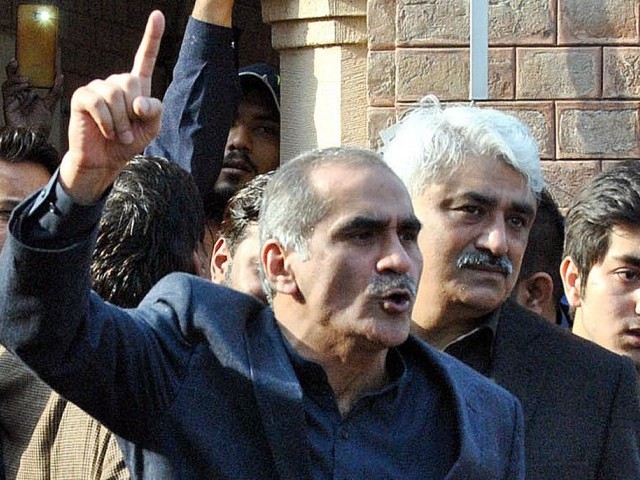 LAHORE: An accountability court on Saturday approved a seven-day extension in the physical remand of Khawaja Saad Rafique and his brother Khawaja Salman Rafique, who are in the National Accountability Bureau’s (NAB) custody for their alleged involvement in the Paragon Housing case.

The brothers – both leaders of the Pakistan Muslim League-Nawaz (PML-N) – were presented in court amid heightened security.

Heavy contingents of police, including the Anti-Riot Force (ARF), were deployed for the hearing.

Presenting the plea for remand extension, the NAB prosecutor said the anti-graft body needed physical custody of the accused to conduct further investigation in the case.

The defence counsel opposed the plea but the accountability court judge, after hearing both sides and reserving the decision for some time, granted an extension in the remand period till January 26.

The Khawaja brothers were arrested by NAB on December 11, after the Lahore High Court rejected their request for an extension in their pre-arrest bail.

NAB alleges that the housing scheme was set up illegally and the Khawaja brothers, in connivance with Nadeem Zia and Qaiser Amin Butt, defrauded a large number of buyers.

They are also accused of embezzling the housing project’s funds for personal gains.

Speaking to reporters outside the courthouse, Saad Rafique continued his criticism of the Pakistan Tehreek-e-Insaf-led government.

He claimed the incumbent government had weakened the foundations of Pakistan’s economy in a matter of five months.

Saad said it seems highly unlikely that the PTI-led government would complete its five-year tenure, as public sentiment is fast turning against the ruling party.

He said the government’s actions pose a threat to the continuity of democracy in Pakistan, and that opposition parties have joined hands to thwart attempts to derail the country’s democratic system.