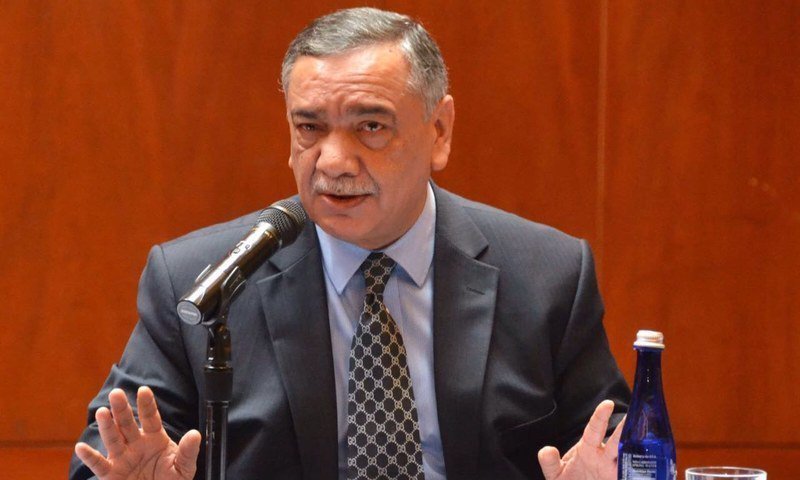 The Supreme Court on Saturday clarified that Chief Justice Asif Saeed Khosa has no social media presence and fake accounts were being run in his name.

“It is stated that the chief justice is neither using any Twitter or Facebook account or page, nor any other ID on social networking websites,” said the clarification issued by the SC public relations officer.

Authorities concerned have been asked to take legal action on the matter, added the SC PRO. 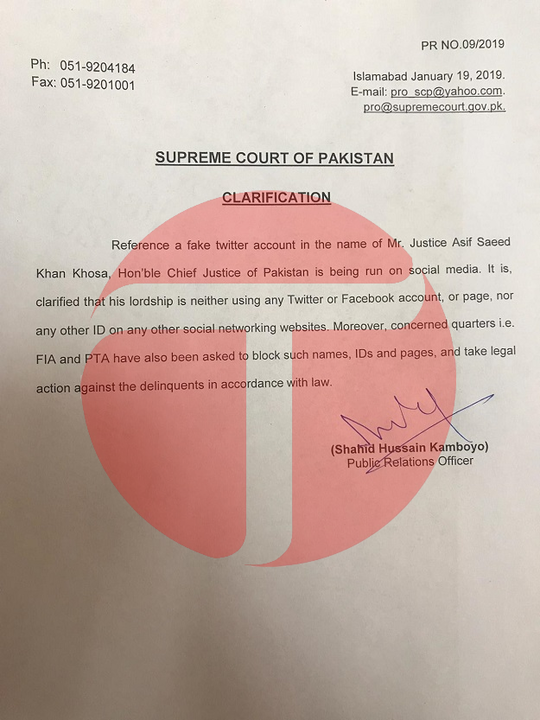 On January 18, Justice Khosa took oath as the 26th chief justice of Pakistan in a ceremony held at the President House. The oath was administered by President Arif Alvi.

Khosa’s tenure as the top judge would last around 11 months.

In his career spanning over 19 years, he has decided about 55,000 cases. The feat is acknowledged as his biggest contribution to the judiciary. Khosa fervently urges clearing backlog of pending cases.

Afghan Taliban rule out talks with US in Pakistan