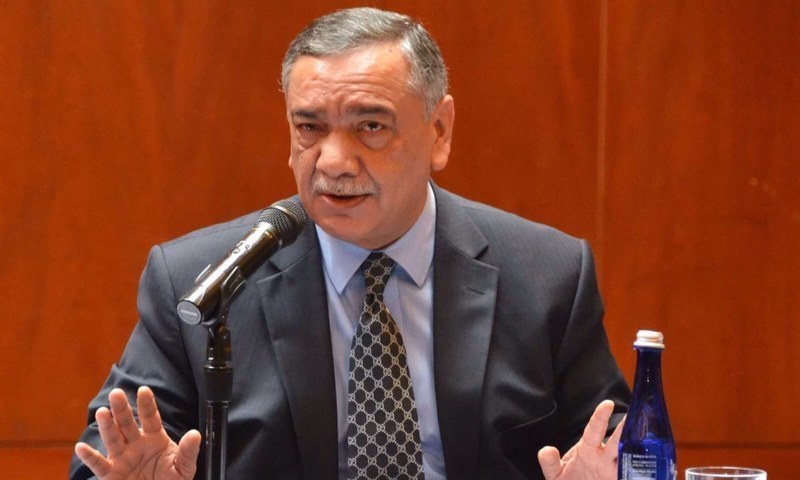 Born in Dera Ghazi Khan on December 21, 1954, Justice Khosa obtained his law degree from the United Kingdom in 1976. Son-in-law of former chief justice Nasim Hassan Shah, Justice Khosa is one of the top jurists on criminal law.

In his career spanning over 19 years, he has decided about 55,000 cases. The feat is acknowledged as his biggest contribution to the judiciary. Khosa fervently urges clearing backlog of pending cases. He has decided over 10,000 criminal cases since 2014. At present, a few hundred criminal appeals are being heard.

In Justice Khosa’s courtroom, there is no concept of adjournment. After hearing arguments, he dictates and announces orders without reserving verdicts. His brand of speedy justice had allowed dozens to be acquitted and released after decades-long imprisonment.
The chief justice has also initiated steps for speedy trials in murder cases in some districts of Punjab.

Justice Khosa was among the Lahore High Court (LHC) judges who refused to take oath under the November 3, 2007 Provisional Constitution Order (PCO). He was elevated to the top court on February 18, 2010.

He has been part of benches deciding high-profile cases and has authored many landmark judgments. Justice Khosa, known for his literary prowess, was also part of the larger bench that disqualified former premier Yousuf Raza Gillani in the National Reconciliation Order (NRO) case. In the additional note of the verdict, the justice had quoted Khalil Gibran.

Most recently, Justice Khosa was part of the larger bench that disqualified Nawaz Sharif under Article 62(1) (f) of the Constitution in the Panamagate case.

He also heard and authored the verdict in the contempt case against PML-N senator Nehal Hashmi and against police officials for manhandling of former chief justice Iftikhar Muhammad Chaudhry. Justice Khosa, however, deposed contempt cases against two media personalities in 2018.

Justice Khosa gave the historic ruling in the Salman Taseer murder case wherein he restored terrorism charges against Mumtaz Qadri and upheld the death sentence. He also highlighted discrepancies in the blasphemy case against Aasia Bibi – the points that enforced acquittal.

Currently, the top judge is heading a committee formed to suggest recommendations on police reforms and has also proposed appropriate amendments to the National Accountability Bureau (NAB) laws.

In his address at the full court reference held in the honour of former chief justice Mian Saqib Nisar on January 17 and the Supreme Court in Islamabad, Justice Khosa said he will sparingly use suo motu powers.