Presid­ent Dr Arif Alvi will admini­ster the oath at a ceremo­ny at the Aiwan-e-Sadr
By Our Correspondent
Published: January 17, 2019
Tweet Email 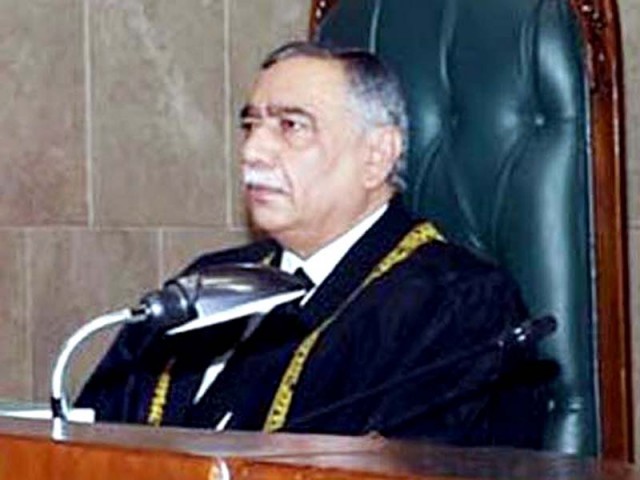 ISLAMABAD: Justice Asif Saeed Khosa will be sworn in as the 26th Chief Justice of Pakistan on Friday.

President Dr Arif Alvi will administer the oath at a ceremony at the Aiwan-e-Sadr, which will be attended by judges of the Supreme Court, senior lawyers and other dignitaries.