Vashukevich was held for questioning at Moscow airport 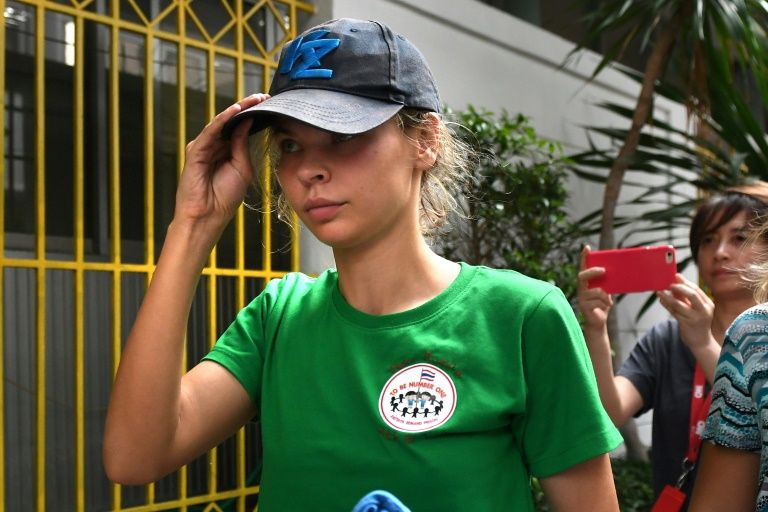 
Anastasia Vashukevich, known by her pen-name Nastya Rybka, was held for questioning at a Moscow airport on Thursday evening after she was deported from Thailand as part of a group convicted of participating in a "sex training course," other passengers on the flight told AFP.

Plain-clothes officials led away four of the group including Vashukevich and Kirillov, a woman who gave her name as Kristina told AFP after emerging at Sheremetyevo airport arrivals.

Describing herself as Kirillov's wife, Kristina said she heard the group shouting and asking for an explanation of "why they were being detained" and saying they were suspected of recruiting for prostitution, a crime punishable by up to six years in jail.

A law enforcement source told TASS state news agency that four including Vashukevich and Kirillov were detained at the airport over recruiting for prostitution.

Vashukevich was held with several others in a police raid last February in the sleazy seaside resort of Pattaya.

In a case that veered between salacious and bizarre, Vashukevich said she had travelled to Thailand after becoming embroiled in a political scandal with Russian aluminium tycoon Oleg Deripaska -- a one-time associate of Trump's disgraced former campaign director Paul Manafort.

But the material never surfaced and critics dismissed the claims as a publicity stunt.

In the risque Pattaya seminar led by Kirillov, some participants wore shirts that said "sex animator" -- though one person at the time described it as more of a romance and relationship course.

Vashukevich pleaded guilty alongside seven others to multiple charges, including solicitation and illegal assembly at a Pattaya court on Tuesday, which ordered the group be deported.

Kirillov, who has served as a quasi-spokesman for the mostly Russian group, told reporters as they arrived at court Tuesday that he believed they were set up.

"I think somebody ordered (our arrest)... for money," he said.

Vashukevich looked sombre as she entered the courthouse and did not respond to questions from the media.

On Thursday afternoon, Vashukevich and the majority of the convicted were put on an Aeroflot flight for Moscow, bringing to an end the Thai side of a baffling case.

Thailand's immigration chief Surachate Hakparn said the last of the group would leave the country later that evening.

They were also blacklisted from returning to Thailand.

It was unclear what would happen to them on arrival in Moscow but as a Belarusian citizen, Vashukevich was expected to transit to Belarus.

Vashukevich, who has more than 120,000 followers on Instagram and penned a book about seducing oligarchs, already faces legal problems in Russia.

Deripaska won an invasion of privacy lawsuit against her and Kirillov in July after a video apparently filmed by the model showed the tycoon vacationing with an influential Russian deputy prime minister at the time.

"I don't think she wants to get out in Moscow," a Russian friend in Thailand who helped with the case told AFP on Thursday.

Both Washington and Moscow publicly shrugged off Vashukevich's story, which the US State Department described as "bizarre".

Kremlin-connected Deripaska and Manafort, Trump's ex-campaign manager, did business together in the mid-2000s.

Manafort has since been convicted in the US of financial crimes related to political work he did in Ukraine before the 2016 election as well as witness tampering. 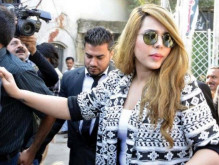 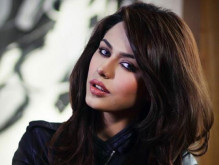 Ayyan’s dramatic comeback: 'People will get all the answers now' 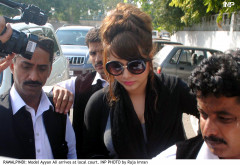